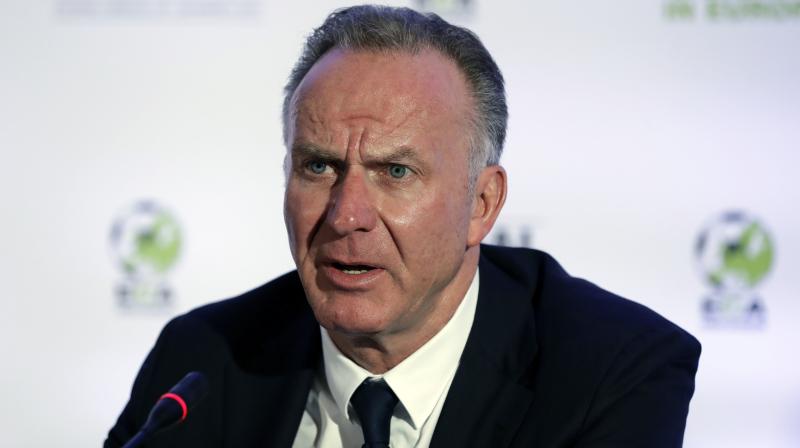 Berlin: Four German soccer clubs have pledged 20 million euros ($21.9 million) to support other teams struggling to stay afloat after games in the country were suspended because of the coronavirus outbreak.

Bayern Munich, Borussia Dortmund, Leipzig and Bayer Leverkusen will forgo 12.5 million euros ($13.7 million) in as-yet undistributed TV money and add another 7.5 million euros ($8.2 million) from their own funds. All four clubs played in the Champions League this season, giving them extra income.

The German Football League, which oversees the top two divisions, will decide how the money is distributed. The league has previously said it fears many clubs could face financial collapse if games can't resume.

Bayern CEO Karl-Heinz Rummenigge says “in these difficult times, it's important that the stronger shoulders support the weaker shoulders.”