I am no dope cheat, claims Paul

Paul was caught after a dope test on March 18, conducted during India’s preparatory camp in Mumbai before the friendly against Cambodia. 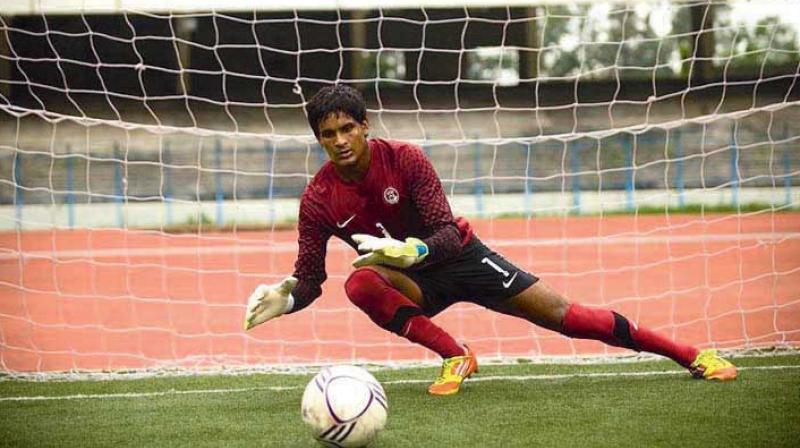 Subrata Paul is hoping to evade a dope ban that can blemish his career.

New Delhi: Veteran India goalkeeper Subrata Paul has claimed innocence after failing a dope test, vowing to prove himself clean by clarifying his stance in writing to National Anti-Doping Agency within seven days and, if required, going for a ‘B’ sample.

Paul was caught after a dope test on March 18, conducted during India’s preparatory camp in Mumbai before the friendly against Cambodia, which preceded the 2019 Asian Cup away qualifier against Myanmar.

He has been placed under provisional suspension, according to a Nada letter to the All India Football Federation.

“I have spoken to my doctor. He has told me not to worry. Nada has told me to clarify my stance in writing within seven days. I will clarify my position within the said time. I am innocent. I have a proven record of playing for my country for 10 years. Never have I done anything remotely close to doping,” the 30-year-old told this paper.

The 30-year-old said he had spoken to the AIFF regarding the issue, who had assured him their unstinted support.

“I will plead my case and hopefully I will be allowed to continue. I have been told the banned substance for which I have been pulled up doesn’t come under the purview of mandatory suspension,” he added.

The Arjuna awardee was suffering from a bronchial problem during the Mumbai training camp. “He was advised a cough syrup, which apparently had a banned substance named terbutaline,” an AIFF official, on condition of anonymity, said.

He apparently mentioned consuming the syrup while undergoing his sample A test, the official added.

People having trouble in breathing or suffering from asthma generally take the banned drug terbutaline. It is also present in commonly-used expectorants administered by doctors for cough and cold.

However, athletes are expected to apply for a Therapeutic Use Exemptions certificate if they want to use asthma-related drugs.

Paul can continue playing for his club DSK Shivajians in the ongoing I-League after he simultaneously appeals for his ‘B’ sample test as well as for lifting of the provisional suspension.

But he will be made aware that the results of those matches he will feature in after failing his ‘A’ test will be forfeited, with his club declared to have lost those matches should Nada’s panel rule against his appeal for lifting of the suspension.

Shivajians will play their last league fixture  at home against Minerva Punjab on April 30.