Silva is one of City's most decorated players of all-time having won four Premier League titles, two FA Cups and four League Cups. 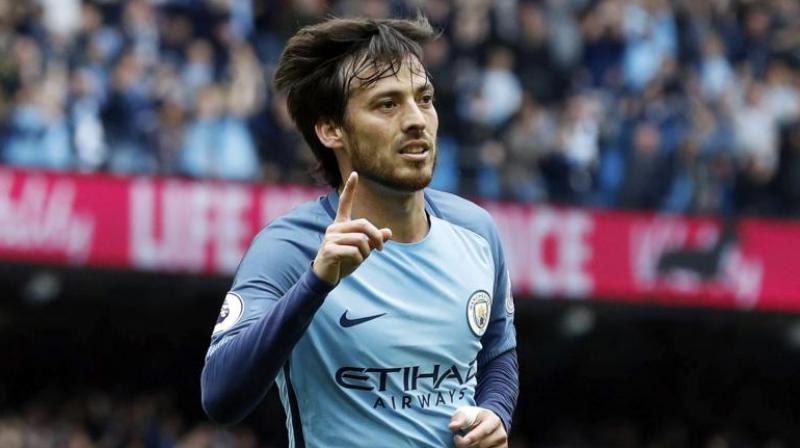 The 33-year-old believes completing a decade in Manchester is the perfect time to step away. (Photo: AP)

London: Spanish midfielder David Silva has confirmed he will leave Manchester City at the end of next season when his contract expires.

Silva is one of City's most decorated players of all-time having won four Premier League titles, two FA Cups and four League Cups since joining from Valencia in 2010.

He scored his 71st goal in 396 appearances so far for the English champions in the FA Cup final last month as City completed a first ever domestic treble in English football.

However, the 33-year-old believes completing a decade in Manchester is the perfect time to step away.

"This is the last one," Silva told reporters in his native Gran Canaria. "Ten years for me is enough. It's the perfect time for me.

"Initially, City were talking about two years, but I decided to sign another one, so I finished at 10 years.

"It completes the cycle. It's a nice round figure. I can never see myself playing against City for another team. So 10 years - that's it." Silva missed chunks of City's title-winning 2017/18 season to return to Spain where his pre-mature born son Mateo was being treated in hospital.

Mateo has since recovered and was in attendance for City's first home game of this season in August, when Silva scored in a 6-1 rout of Huddersfield.

However, Silva has previously spoken of his desire to return to Spain for family reasons when his City career comes to an end.