Solskjaer said the fighting spirit ManUtd showed to battle back and lead 3-2 pleased him, but rued another poor overall performance. 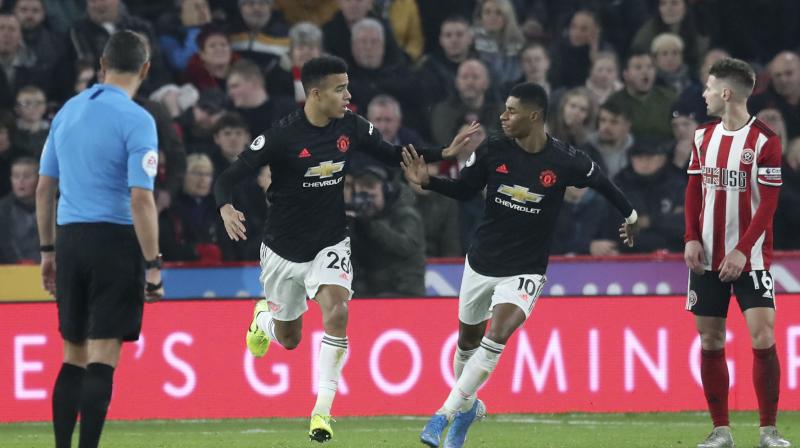 Three goals in seven minutes from Brandon Williams, Mason Greenwood and Marcus Rashford turned the match on its head, and put the visitors on course for a victory similar to the comeback wins of Alex Ferguson’s tenure. (Photo:AP)

Sheffield: Manchester United manager Ole Gunnar Solskjaer said the fighting spirit his players showed to battle back from 2-0 down to lead 3-2 at Sheffield United pleased him, but rued another poor overall performance in their 3-3 draw at Bramall Lane.

Solskjaer’s side looked dead and buried after trailing 2-0 at halftime on Sunday, having been completely out-played by the newly-promoted side.

However, three goals in seven minutes from Brandon Williams, Mason Greenwood and Marcus Rashford turned the match on its head, and put the visitors on course for a victory similar to the comeback wins of Alex Ferguson’s tenure.

The home side were not done, though, with Oli McBurnie levelling in stoppage time to deny Manchester United a second away league win of the season, and leaving Solskjaer with mixed emotions.

“It was a very poor performance,” Solskjaer said. “To be honest, I’m thinking back to Everton (defeat in April) because that team gave up and this team didn’t. So when we turned it round it’s a great answer to get from the boys.

“We did play badly in the first half, we didn’t win any challenges. But to be able to shake those fears away – what looked like fears in the first half – when you’re 2-0 down and don’t give up is pleasing.”

All three Manchester United goalscorers were academy products, and it was the first time United had two teenagers score in a Premier League match since October 2005, giving Solskjaer further cause to be optimistic.

“Remember these boys are young. When they get the belief after the first goal, suddenly we’re on the front foot, we’re on the up and the boys are trying things that lead the fear away.

“The young players we must have learned a lot today and I’m sure they have.”