Sports   Football  27 May 2019  'I might cry for one week if we win Champions League', says Spurs boss Pochettino
Sports, Football

'I might cry for one week if we win Champions League', says Spurs boss Pochettino

There has been heavy speculation that the manager may end up leaving the club after the finals of the Champions League. 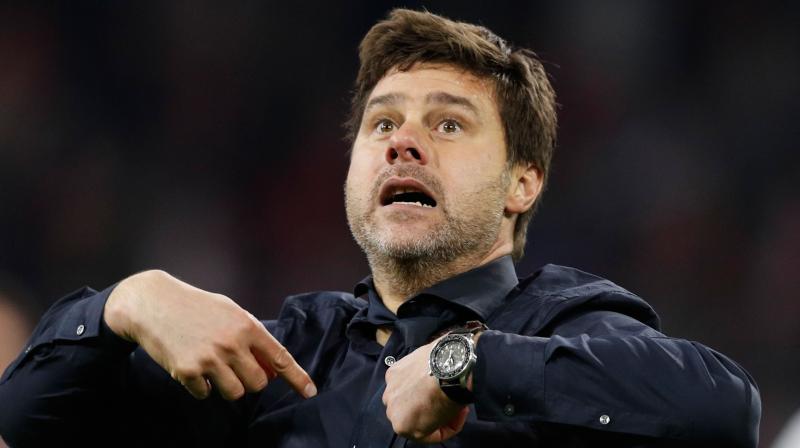 Leeds: Tottenham Hotspurs coach Mauricio Pochettino on Sunday said that if his team is able to lift the Champions League trophy, he might end up crying for a week.

"If we win the Champions League, I don't know, maybe I'm going to cry for one week," Goal.com quoted Pochettino as saying.

The Argentine earlier broke down in front of cameras when his team scored a last-minute goal to register a win against AFC Ajax to reach the finals of the Champions League.

The 47-year-old said that his mother often calls him a 'Llorona' meaning a person who cries very often.

"My mother says to me, you are a 'Llorona', which means blubberer, a person who cries often and a lot. My mum always says, 'He's happy, he cries. He's sad, he cries. Come on -- just stop crying," Pochettino said.

"Sometimes it happens that I am taking my car to my house - it's 20 minutes from the training ground to Barnet - and listening to some music and that translates to some moment in my life. I start to cry, and when I arrive home my wife says, what happened," he added.

"There were two different feelings mixed in the same moment after the semi-final. Reaching the Champions League final is the end of an amazing chapter for the club," he said.

"But, at the same time, the moment that you reach the final, it's like, 'I want to be involved in the next chapter of the club'. Both feelings are with you," he added.

There has been heavy speculation that the manager may end up leaving the club after the finals of the Champions League.

The finals of the Champions League will be an all English affair as Tottenham faces Liverpool on June 1 in Madrid.