Who is Ansu Fati, Barcelona's second-youngest player to represent them?

The forward recently signed a deal that will keep him at Barcelona until 2022 which contains a 100 million euro release clause. 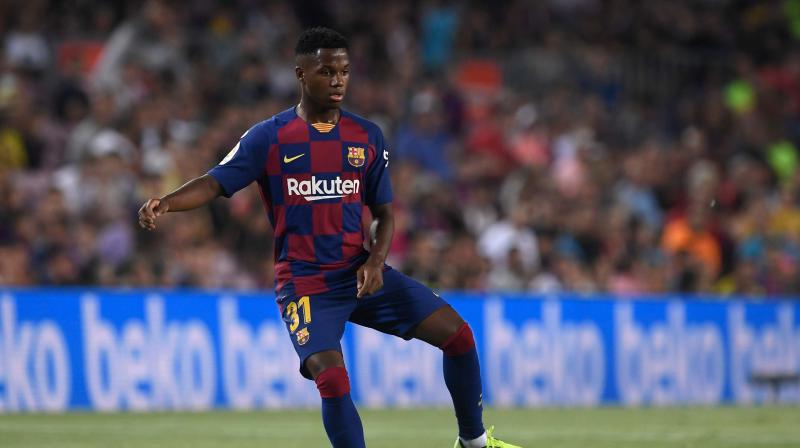 Madrid: Ansu Fati made history for Barcelona during their 5-2 victory over Real Betis as he became the second-youngest player to represent the Catalan giants in La Liga aged 16 years and 298 days.

Here are some facts about the club’s latest starlet.

Ansu, full name Anssumane Fati, was born in the small West African nation of Guinea-Bissau in October 2002 and moved to Spain, where his father Bori had settled. “He came over here aged six or seven, I’d come over before and didn’t know that he played football,” Bori told Spanish radio station COPE. “Everyone told me I had no idea how good my son was, he ran rings around everyone.”

Despite being the latest gem to emerge from Barca’s academy, the forward grew up in the small town of Herrera, 120 kilometres away from Seville and he started his career with Sevilla.

It did not take long for Spain’s big clubs to start circling, with Real Madrid and Barca taking interest in the nine-year-old.

“Real Madrid offered better money than Barca,” his father said. “But they were the ones who came to my house with the contract and convinced me. When Sevilla found out they were angry and they didn’t play him for a year.”

It is not just Ansu who is a talented footballer, with both his brothers also on Barca’s books. Brahima, 21, is on loan at Calahorra from the Camp Nou while his younger brother plays in the same La Masia youth team as Thiago Messi, son of Lionel.

Such is the club’s faith in him, the forward recently signed a deal that will keep him there until 2022 which contains a 100 million euro release clause. He was called up by coach Ernesto Valverde following injuries to Messi, Luis Suarez and Ousmane Dembele after impressing for the Under-19 team in pre-season despite being three years younger than most of his teammates.

Fati missed out on becoming the club’s youngster player in a league fixture by 20 days. Vicente Martinez played aged 16 years 278 days in the 1940s.

According to the club, Barca’s youngest debutant was Albert Almasque, who played for the first team in the Macaya Cup in 1902 aged 13 years, 11 months and six days.