India have a great chance to qualify for the 2019 Asian Cup having been paired with Myanmar, Kyrgyztan and Macau. 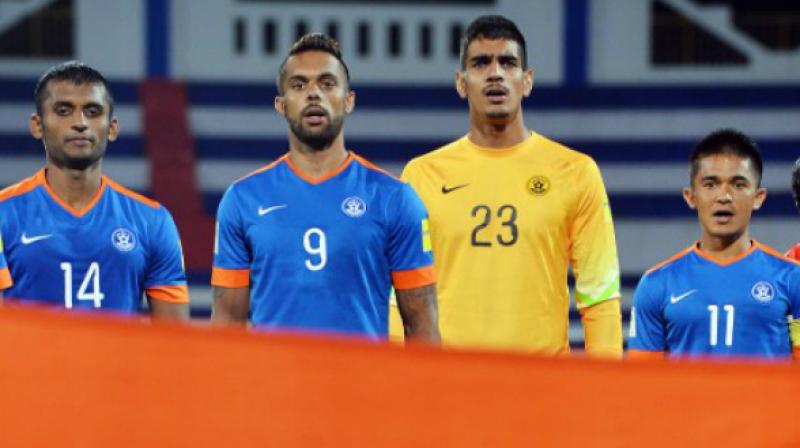 New Delhi: Based on current form and rankings, India should qualify for the 2019 Asian Cup final rounds in the United Arab Emirates. Fortunately India got a relatively easier qualifying group which begins in March this year. At present, India are ranked 129 and among their opponents only Kyrgyzstan (124) are ranked higher. Myanmar are 159 and Macau way below at 184.

As the top two teams of each of the six groups qualify for the expanded 24-team Asian Cup final rounds India’s chances to progress are bright. India fortunately avoided Group B that includes North Korea, Lebanon, Malaysia and Hong Kong.

If India reach the 2019 Asian Cup final rounds, it will be their fourth entry. The first was way back in 1964 when at Tel Aviv, India finished runners-up. Coached by Harry Wright (England), India beat South Korea 2-0, Hong Kong 3-1 but lost to Israel 0-2. Inder Singh in his first major international tournament scored in both matches that India won.

Twenty years later with the late Ciric Milovan (erstwhile Yugoslavia) as coach, India reached the final rounds at Singapore. Despite renowned forwards like Shabbir Ali, Krishanu Dey, Babu Mani and Biswajit Bhattacharya in the team, India could not score a single goal.

In 2011, India again featured in the 15th Asian Cup final rounds in Doha, Qatar. Coached by Bob Houghton, India had a tough group but did not get overawed against Australia (lost 0-4), Bahrain (lost 2-5) and South Korea (lost 1-4). India never wilted, kept attacking and Sunil Chhetri scored against both Bahrain and South Korea. Subrata’s Pal’s heroics as a goalkeeper were highly appreciated.

India’s opening two matches in Group A of the 2019 Asian Cup qualifiers are crucial and could decide their fate. On March 28, India face Myanmar in an away match and on June 13 play their first home match against Kyrgyzstan. India should comfortably beat Macau both home and away, so games against Myanmar and Kyrgyzstan are vital. At Rangoon with vociferous crowd support, Myanmar could be dangerous.

Stephen Constantine’s team have to avoid defeat in their opening match. India could be rusty as they has not played an international match since September 3 last year. It is imperative that the All India Football Federation arranges friendly matches for the team in February and March.

This would enable Constantine to try out his probables and choose the best XI against Myanmar. In a tough away match, India could play with four in midfield, Rowlin Borges, Pronoy Halder, Eugenson Lyngdoh and either Jackichand Singh or the in-form C.K. Vineeth playing deep.

On June 13, India play their first home match against Kyrgyzstan. India must aim for at least a draw. If India lose both their opening matches, reaching the 2019 Asian Cup final round will be an uphill task. Two draws or at least one win is essential to remain in the reckoning for qualification.