In Northern Ireland, Balaclavas are associated with the paramilitary Irish Republican Army (IRA) 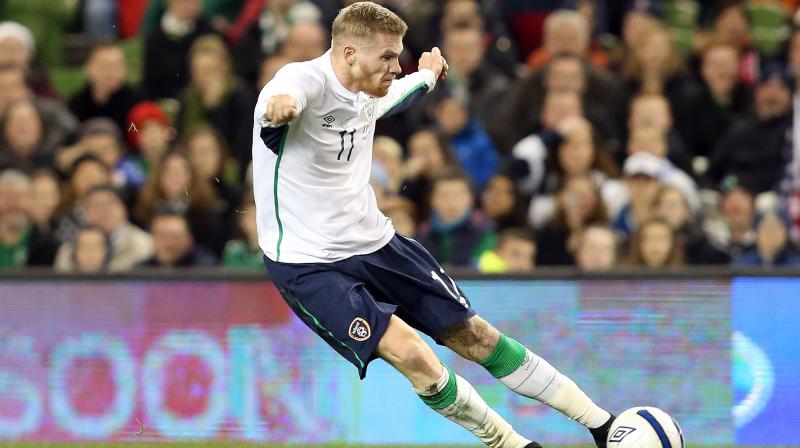 Republic of Ireland's midfielder James McClean scores against United States in an international friendly at the Aviva Stadium in Dublin. AFP Photo

London: Ireland international James McClean has been fined two weeks' wages by Stoke City and agreed to delete his Instagram account after posting what the Championship club termed "an inappropriate social media post".

The 30-year-old Northern Ireland-born midfielder posed in a black balaclava while teaching his children a "history" lesson.

Balaclavas are associated in Northern Ireland with the paramilitary Irish Republican Army (IRA).

"Stoke City can confirm that, following an internal disciplinary review, disciplinary action has been taken against James McClean for an inappropriate social media post," said a club statement on Friday.

"McClean has been fined two weeks' wages by the club and has also agreed to delete his Instagram account.

"The player has expressed contrition and recognises that the post was ill-advised and offensive."

McClean, who opted to play for the Republic of Ireland at senior level instead of Northern Ireland, said he did not intend to cause offence and apologised "unreservedly".

The player has previously sparked controversy over his decision not to wear a shirt with a remembrance poppy. Poppies are worn in Britain as a show of support for the armed forces community, particularly in the lead up to Remembrance Sunday.