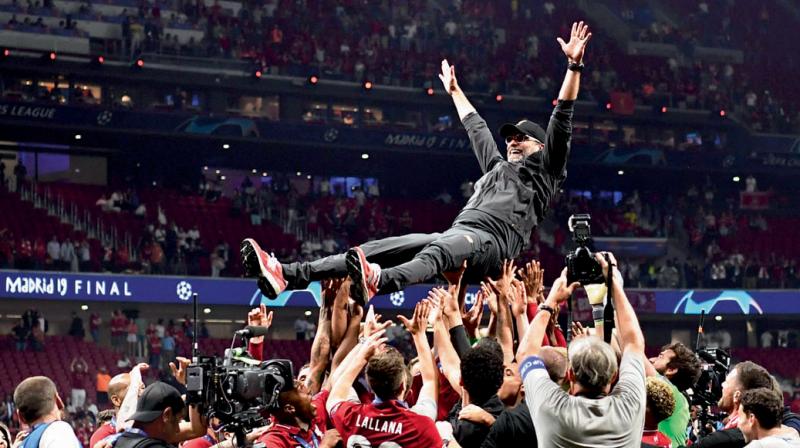 This should be music to the ears of Liverpool coach Jurgen Klopp and his boys. AFP Photo

Rome: The head of UEFA said European football leagues were still looking at all options and not ruling out finishing this season -- if the coronavirus pandemic subsides.

"We could start again in mid-May, in June or even late June," Aleksander Ceferin told Italy's La Repubblica daily.

Any time after that and "the season will probably be lost," he said.

The idea of the entire season simply being cancelled stirs panic in fans of clubs such as Liverpool -- on the cusp of lifting their first title in 30 years.

Ceferin did not say when UEFA will issue a final ruling and stressed that consultations with the main leagues and clubs were still underway.

"There is also a proposal to end this season at the beginning of the next one and then start the next one a little later," said Ceferin.

The Slovenian added that he personally opposed the idea of holding big matches behind closed doors.

Belarus remain the only European nation still playing football in the face of a pandemic that has officially claimed around 28,000 lives worldwide.

Italy suspended its Serie A season on March 9. Its world-leading toll from the novel coronavirus officially stands at 9,134.