Gareth Southgate, the England manager, has reduced his group from the list of 27 he named earlier this month. 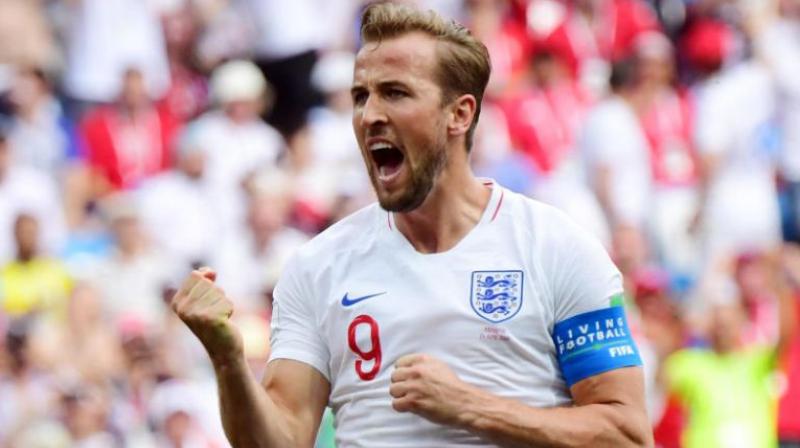 England captain Kane, who has not played since suffering ankle ligament damage in April, was retained by the Southgate on the day he insisted he was 'ready' for Spurs' clash with Liverpool in Saturday's Champions League final. (Photo: AFP)

London: Harry Kane was included in England's 23-man squad for next month's Nations League finals on Monday but Tottenham Hotspur team-mates Harry Winks and Kieran Trippier were both left out.

Gareth Southgate, the England manager, has reduced his group from the list of 27 he named earlier this month, with Southampton's James Ward-Prowse and Nathan Redmond also sidelined.

England captain Kane, who has not played since suffering ankle ligament damage in April, was retained by the Southgate on the day he insisted he was "ready" for Spurs' clash with Liverpool in Saturday's Champions League final.

Kane has not played since suffering the injury in the first leg of Tottenham's quarter-final against Manchester City on April 9, which was also when Winks made his last appearance.

Spurs subsequently announced Winks had undergone groin surgery, although the midfielder said he hoped it was not the end of his season.

Trippier, a full-back, was a member of the England squad that made it to the semi-finals of last year's World Cup and was an unused substitute in the Euro 2020 qualifiers against the Czech Republic and Montenegro in March.

Redmond was a surprise inclusion in Southgate's 27-man squad, having been overlooked since winning his only England cap in March 2017, with Ward-Prowse making just his second appearance against Montenegro.

England face the Netherlands in their Nations League semi-final in Guimaraes, northern Portugal, a week on Thursday.

Seven players in Southgate's 23 could potentially be involved in both the Champions League final in Madrid five days earlier and the Netherlands match.

"There have been some difficult decisions to make and we are obviously a little bit complicated with so many players involved in the Champions League as well but we are really excited by the squad and the players that are around it," said Southgate in a statement issued by the Football Association.

"Some players who have had really good finishes to the season like James Ward-Prowse and Nathan Redmond are staying with us for this period to train because although we have cut the squad to 23, we have still got two weeks to get through and two really big finals ahead.

"Harry Winks is a player we really like and that's a tough one because he has not played for a couple of months and we don't get to see him in training," added Southgate.

Meanwhile the former England international said right-back was "as hard a decision as we have had to make".

"Of course, Kieran Trippier has had such a big impact, he had such a brilliant World Cup. He has been a really valuable member of our squad and has a great attitude with us, real passion in playing for England but Trent (Alexander-Arnold) and Kyle (Walker) have finished the season so strongly.

"So it (right-back) is a position where we have got real competition for places." Portugal face Switzerland in the other semi-final the day before England's game, with both the final and third-place playoff taking place on Sunday, June 9.