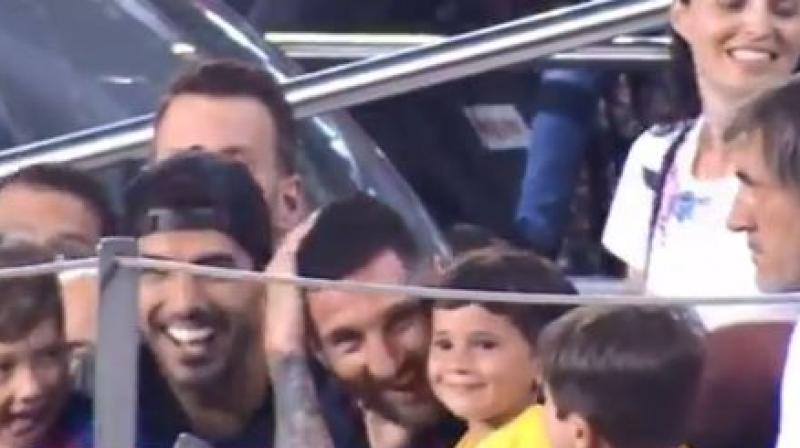 Mumbai: Lionel Messi and Luis Suarez were sidelined against Barcelona’s home match against Real Betis. As a result, both of them were forced to view the match from the dugout. Their kids too joined them in watching the game.

Barcelona went on to win the match 5-2. But before Barcelona’s goal-scoring knack picked up against the opponent, Nabil Fekir drew first blood to put the visitors 1-0 up. But a fantastic showing by Antoine Griezmann ensured a Barcelona victory.

After the match, a video of Mateo Messi, Lionel Messi’s three-year-old kid, went viral on social media. The video shows Mateo unknowingly celebrating Betis’ first goal passionately. What’s even more hilarious is the reaction Lionel Messi and Luis Suarez upon seeing his celebration. After the incident, all of them had a great laugh while Suarez reminded Mateo about where his loyalties should lie.

In an interview, Lionel Messi had admitted that his two sons are completely opposite to each other. While Thiago is like a super nice angel, Mateo is a real character and like to stir things up.