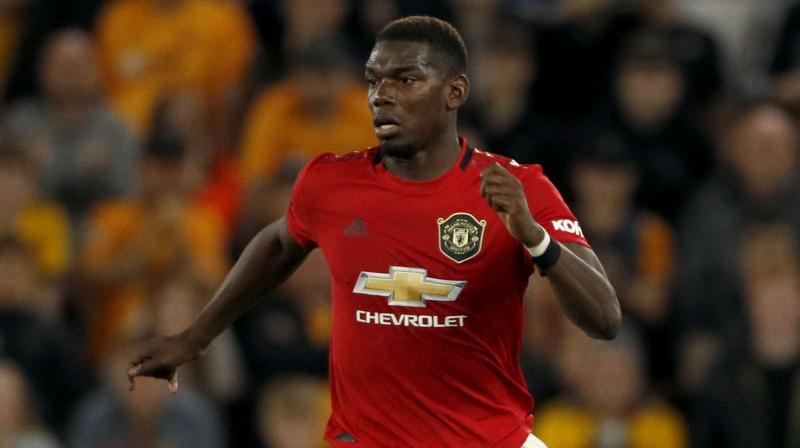 United are unbeaten in their last 12 league matches against Arsenal at Old Trafford but have lost three of their last six home matches in the league. (Photo: AP)

Pogba returned to the starting lineup in United’s penalty shootout win over Rochdale in the League Cup on Wednesday but aggravated the problem which had kept him out for almost a month.

“He (Pogba) finished the game and got a knock to his ankle which is very swollen so it was best for him not to go there (to the team meeting). He is a doubt for Arsenal. That’s just the way it is,” Solskjaer told a news conference on Friday.

“I wouldn’t put my life on Rashford and Martial being fit, that’s part of this game - you work with what you have,” Solskjaer said.

“Luke Shaw is back in training today, he is getting there, so let’s see how he reacts in the next couple of days.”

The injury crisis could leave United’s 17-year-old Mason Greenwood as their only recognised striker for the match at Old Trafford.

Greenwood, who is yet to start in the Premier League this season, has scored in his last two appearances against Rochdale in the League Cup and Astana in the Europa League, and Solskjaer could continue to put his faith in the youngster.

“He (Greenwood) has proved when he gets in the box he is dangerous,” the United manager said.

“He’s proved in those games he’s ready for it, the Premier League. I’ll have the weekend to think about it.”

United are unbeaten in their last 12 league matches against Arsenal at Old Trafford but have lost three of their last six home matches in the league.