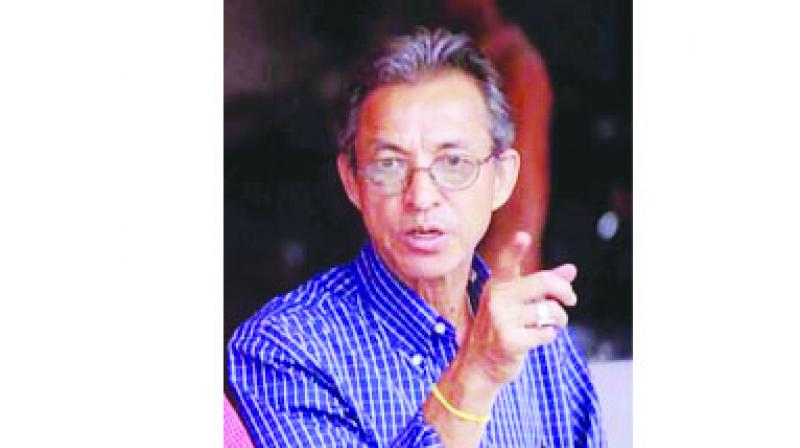 New Delhi: He is yet to be briefed about his new role but new AIFF technical committee’s chairman Shyam Thapa has already chalked out an initial to-do list, mulling the need to build residential academies in each state to create a wide pool of football talent.

The former star, known for the trademark bicycle volley goals in his playing days, is convinced that a strong youth development scheme is the backbone on which Indian football’s foundation must develop, insisting that the bottom-up model is the only way forward and not the other way round.

“Only youth development can help us. I have made one initial design in terms of grass route development. I will put forward my proposal of building residential academy in each state. Those states having such academy need proper maintenance. We have to put in place a plan for that to happen. I will talk to the AIFF so that it talks to the states associations,” Thapa told this paper.

“Two age-group teams, a U-14 and another U-17, will be assembled in these academies, which will act as a feeder line for the national team. All academies will have licensed coaches. The committee will select the coaches and AIFF administrators will set up each academy’s set-up.”

He is aware of the potential hardships in realising his vision, with the lack of funding being a major impediment but remains hopeful, claiming each academy would need only around Rs  2-2.5 crore per year to function smoothly.

Thapa, who succeeded Baichung Bhutia, is also willing to request the AIFF to speak to the sports ministry to formulate a viable model of funding.

“Where are we going wrong as I nation I don’t know. Tata Football Academy produced so many footballers in the 1990s. We can take a cue from that. Why can’t each state have such academies?

“I am aware of AIFF’s budgetary issues. A residential academy for kids won’t need huge money. AIFF can talk to states regarding it,” the 69-year-old said.

The former Mohun Bagan and East Bengal star believes his experience as technical director of the Tata Football Academy and head coach of Nepal will be useful in his new role. He also launched a non-residential academy in Kolkata in June last year, in collaboration with the Calcutta Cricket and Football Club.

“I was involved in youth football setup in the past for the India U-16 and U-19 teams. So I am aware of the ground realities,” Thapa, a member of India’s 1970 Bangkok Asian Games bronze medal-winning team, said.

Thapa has four other former footballers, Pradip Dutta, Prosanto Banerjee, Abhishek Yadav and Ishfaq Ahmed, along with vice-chairman Henry Menezes, to help develop his grand scheme. A meeting of the new committee may happen in May.

“I will discuss with the other members of the technical committee before rescheduling the design.”

His appointment has met with criticism from some quarters but Thapa isn’t willing to enter into an argument, preferring to do his job silently. He feels India hosting the U-17 World Cup is also a stepping stone for bigger achievements.

“It is undoubtedly a great opportunity for India. We should be happy to have received the hosting rights. It should mark the beginning of a new chapter.”