To keep pace with Suarez and Messi is not easy, Saviola warns Martinez

Lautaro Martinez has been one of the stars of Serie A in 2019-20, scoring 16 goals in 31 appearances before the coronavirus outbreak 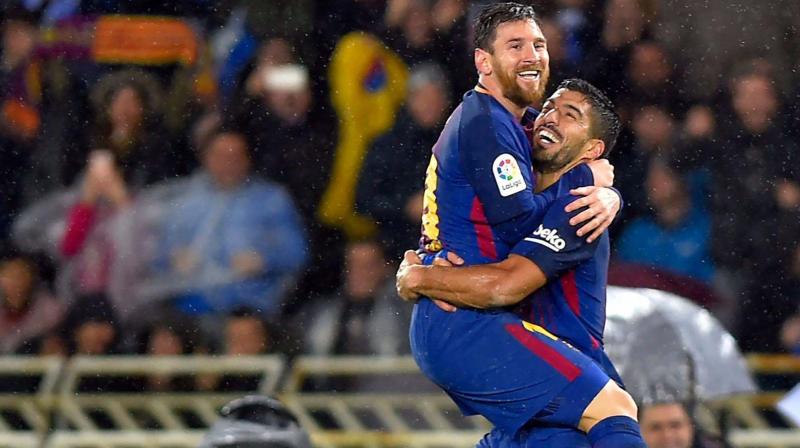 "Honestly for me he is a player who can come in handy for Barcelona," Goal.com quoted Saviola as saying of Martinez.

"We know what it means to be next to Suarez, Messi and other great players. I am not saying that it is easy to play with them," he added.

Martinez has been one of the stars of Serie A in 2019-20, scoring 16 goals in 31 appearances before the coronavirus outbreak brought football across Europe to a halt.

According to Goal.com report, Barcelona have made Martinez their top priority this summer and are ready to offer the 22-year old a contract worth 10 million euro a year.

"Dybala said it was difficult with Messi and I supported him because it requires a high level of concentration, to be at his pace," said Saviola, who represented Barcelona between 2001 and 2007.

"It seems easy but it is not," he added.

On Sunday, Italy's Prime Minister Giuseppe Conte had revealed plans to gradually relax restrictions in the country and allowed the Serie A players to do individual training from May 4.

The Italian government will allow running in open spaces from May 4 while athletes in individual sports such as tennis will be allowed to return to their training facilities.

But team sports such as football will be banned from using their team facilities until May 18.