Pritam Kotal, Pronay Halder and Prabir Das have pooled in around Rs 4 lakh to help the needy in West Bengal 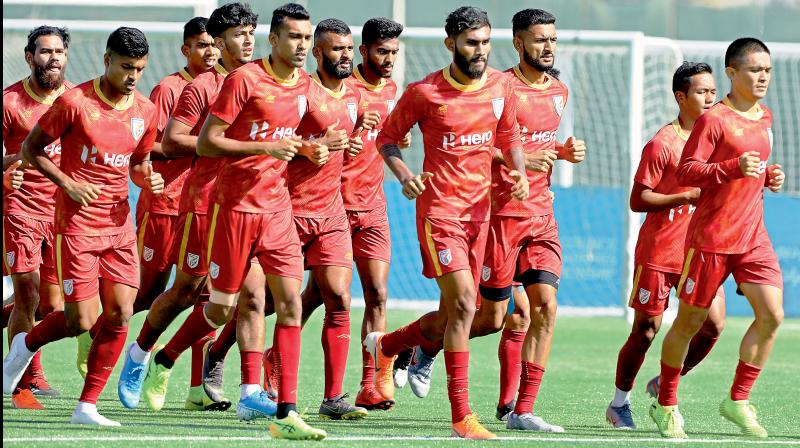 New Delhi: Quite like its on-field pluckiness, the Indian football team's last line of defence is putting up a resolute fight off it too, doing its bit to save the poor from the seismic effects of the COVID-19 pandemic.

The national players are providing the needy, in their respective localities, monetary aid and food, besides setting up camps and spreading awareness about social distancing.

The trio of defender Pritam Kotal, mid-fielder Pronay Halder and defender Prabir Das have pooled in around Rs 4 lakh to help the needy in West Bengal.

"There are a lot of kids in the Barrackpore Mangal Pandey Football Coaching Camp who earn their bread on daily basis. The situation is a bit difficult now and I am trying to help them for the time being," said Pronay.

"I, along with my friends, are distributing basic food items to the station-dwellers and others who stay outside," added the defensive mid-fielder who is also taking care of some orphans in his locality.

Right-back Prabir Das, who has also played for the national team, said, "As an Indian, it's my responsibility to lend a hand to the government and that's what I tried to do."

To help the poor tide over the unprecedented health crisis, a group -- Players for Humanity -- has been formed comprising current and former players such as Mehtab Hossain, Syed Rahim Nabi, Denson Devadas, Sandip Nandy and Debabrata Roy.

All these footballers have already contributed a substantial amount of money to the West Bengal Chief Minister's Relief fund.