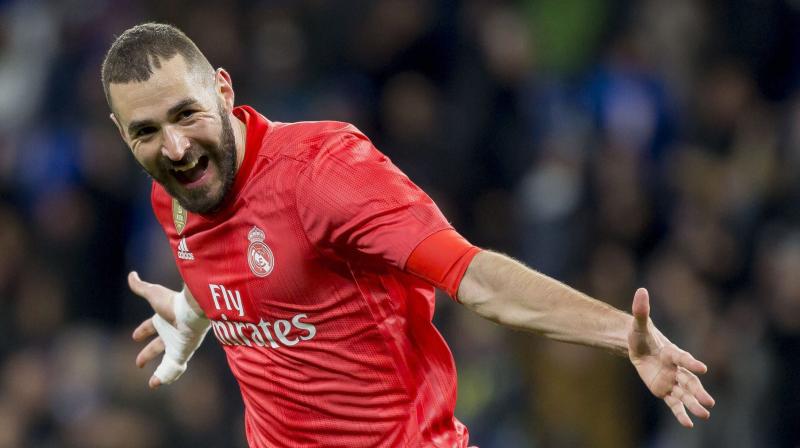 Madrid: Real Madrid's Karim Benzema has mocked France striker Olivier Giroud by likening himself to a Formula One car and Giroud a go-kart.

Benzema has not played for France since 2015 and watched from afar as Giroud spearheaded the team's World Cup triumph in Russia two years ago.

With over 500 appearances for Real Madrid and in his 11th season with the Spanish giants, no questions remain over Benzema's playing skills.

Asked about the Chelsea forward during a question and answer session on Instagram on Sunday night, Benzema said: "You can't confuse a Formula One car with a go-kart, and I'm being kind. I know I'm a Formula One car...

"It works because he's there, that's it. It's not going to be spectacular. (Antoine) Griezmann and (Kylian) Mbappe get seen more while he rolls his sleeves up and does the dirty work.

"But does everyone like his game? I don't know."

During the 2016 and 2017 seasons ahead of up Russia 2018, Giroud scored 16 goals for France in 24 games. He also played every match at the World Cup and although he failed to find the target in Russia, his team came home with the trophy.

France coach Didier Deschamps has sidelined Benzema since a legal case in 2015. The case involving Benzema allegedly trying to facilitate a scheme to blackmail fellow France international Mathieu Valbuena over a compromising private film on a stolen mobile phone.

The investigation is ongoing and Benzema is now waiting to hear if he will face a criminal trial.

Benzema has scored 19 goals in 32 appearances for Real Madrid this season while Giroud has largely been a back-up player for Chelsea, despite a decent run of form in February.