In his three seasons at the club, Paartalu has won the league and the Super Cup 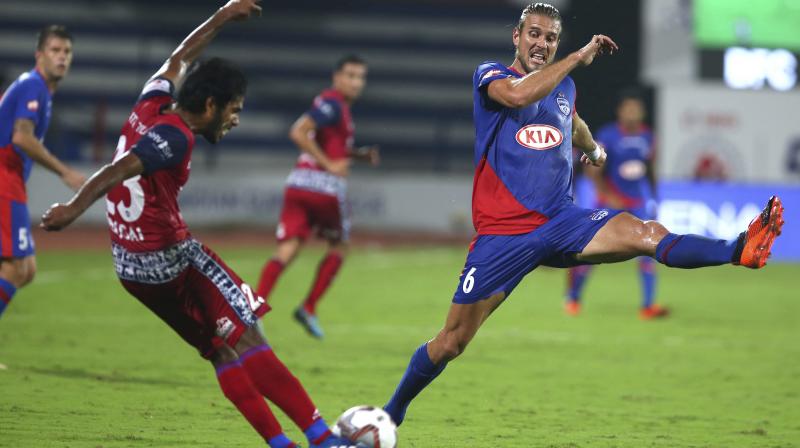 Erik Paartalu of Bengaluru FC (R) attempts to intercept a shot from Soosai Raj of Jamshedpur FC in a ISL game. AP Photo

Bengaluru: Australian mid-fielder Erik Paartalu has signed a two-year contract extension with Indian Super League (ISL) outfit Bengaluru FC that will see him stay with the former champions till the end of the 2021-2022 season, the club announced on Monday.

Paartalu, in his three seasons at the club, has won the league and the Super Cup, and said that Bengaluru FC's desire to compete for, and win titles played a big role in prompting him to extend his stay for another two seasons.

"Bengaluru has held a special place in my heart for the past three years. Every time I leave the city, I am somehow drawn back to it, whether it's the football, the fans or the way of life. And I've decided to continue the journey for two more years at least," Paartalu said.

The 33-year-old has been a vital cog in Bengaluru's midfield, lending his physical presence on both ends of the pitch while churning out consistent performances in the middle of the park.

"Erik has been an important part of the BFC family over three seasons and we felt it was important that we extend his stay."