Sports   Football  30 Apr 2019  How Van Dijk's arrival at Liverpool changed the scenario of the mersey side
Sports, Football

Coutinho will come up vs his former team on Wednesday as Liverpool travel to Catalonia for the 1st leg of their CL semi-final. 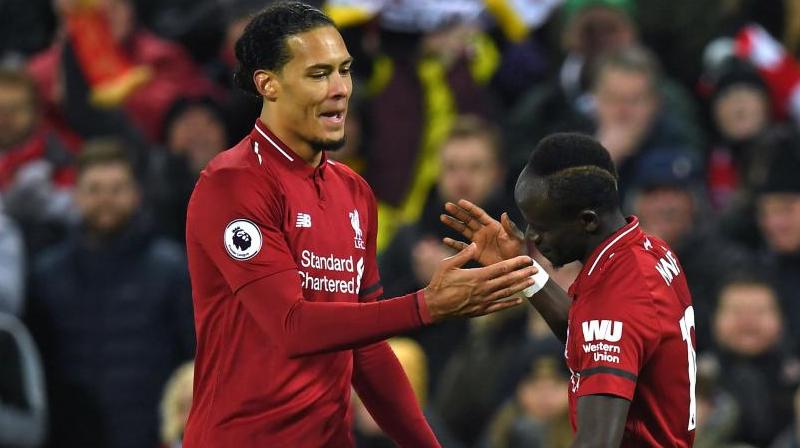 Liverpool learned their lesson from the departures of Xabi Alonso and Javier Mascherano to Madrid and Barcelona that quickly dismantled the title-challenging team put together by Rafael Benitez and the devastating effect of losing Luis Suarez to Barca had five years ago. (Photo: AP)

London:  Liverpool have grown used to seeing their prized assets snatched away by Spanish giants over the past decade, but the sale of Philippe Coutinho to Barcelona has helped lay the foundations for a successful rebuild at Anfield.

Coutinho, who has struggled to match the expectations of his 142 million (USD 183 million) price tag, will come up against his former team at the Camp Nou on Wednesday as Liverpool travel to Catalonia for the first leg of their Champions League semi-final on the back of a 10-game winning run.

Liverpool learned their lesson from the departures of Xabi Alonso and Javier Mascherano to Madrid and Barcelona that quickly dismantled the title-challenging team put together by Rafael Benitez and the devastating effect of losing Luis Suarez to Barca had five years ago.

With the Spanish champions desperate for star power when Neymar walked out to join Paris Saint-Germain in August 2017, the Reds hierarchy dug their heels in and drove the price up for the Brazilian.

Coutinho finally got his dream move in January 2018, but by that time the centrepiece to the construction that has seen Jurgen Klopp reawake the five-time European champions as a force on the continent had been put in place.

Virgil van Dijk's 75 million move from Southampton made the Dutchman the world's most expensive defender ever and was roundly questioned at the time.

However, his impact has been so transformational on Liverpool's hitherto leaky backline that he became the first defender in 14 years to be crowned the Premier League players' player of the year on Sunday.

"From the first moment I was so excited about the opportunity to work together and now you are the man," said Klopp in his congratulatory message to his talismanic centre-back.

Coutinho's five years at Anfield produced plenty of spectacular goals, but he did not win a trophy and Liverpool only even qualified for the Champions League twice in that time.

Van Dijk's first five months helped nail down a top-four Premier League finish and a run to last season's Champions League final, which ended in a 3-1 defeat to Real Madrid thanks to two huge errors from goalkeeper Loris Karius.

More of the Coutinho money was then spent on recruiting Brazilian number one Alisson Becker from Roma, while Klopp's midfield options were bolstered by the arrival of Fabinho, Naby Keita and Xherdan Shaqiri last summer.

Liverpool were also able to tie down the prolific front three of Mohamed Salah, Sadio Mane and Roberto Firmino on long-term contracts to ensure they stay put or command huge fees to leave like Coutinho.

That excellent off-field organisation has been rewarded on the pitch by a club record points tally of 91 with two Premier League games of the campaign still to go.

Klopp has described delivering a first top-flight title in 29 years as the "holy grail", but his side would still need a slip up by relentless defending champions Manchester City to win the league.

For all the progress made, the German is yet to win a trophy since arriving at Anfield in October 2015.

The pain of missing out on the Premier League once more despite a record-breaking campaign would be eased substantially if there was a Champions League final against Tottenham or Ajax to look forward to on June 1.

And beating Barca would carry the extra satisfaction of showing Coutinho how little he has been missed on Merseyside.