Sports   Football  30 May 2019  Time for Tottenham to be brave to sustain Champions League
Sports, Football

Time for Tottenham to be brave to sustain Champions League

When Pochettino was installed as head coach in the summer of 2014, he owed some gratitude to Liverpool. 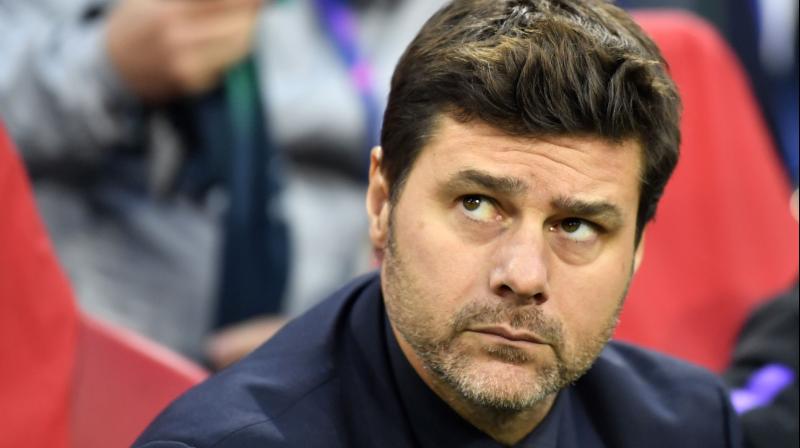 By the time Pochettino arrived, Gareth Bale had gone, and so had his 100 million euro transfer fee, splashed on seven new signings, four of whom would be out by the end of Pochettino's second summer. (Photo: AP)

Madrid: Mauricio Pochettino used to wince when his pressing game was compared with Jurgen Klopp's but Tottenham and Liverpool share more than just a love of the chase in their recent fight to join Europe's elite.

With star players sold and the proceeds, largely, squandered, Pochettino and Klopp were each tasked with restoring a sense of direction to clubs clearly wandering off course.

Only this year have Liverpool soared ahead, their 26-point advantage over Spurs in the Premier League testament to a team that turned last year's Champions League run into a start, not a finish. Now it is up to Tottenham to do the same.

When Pochettino was installed as head coach in the summer of 2014, to little excitement after the more illustrious Louis van Gaal chose Manchester United, he owed some gratitude to Liverpool.

Spurs had been humiliated by them 5-0 at White Hart Lane, which spelt the end for Andre Villas-Boas, and then thrashed 4-0 at Anfield, which all but ensured Tim Sherwood would not be a permanent successor to the Portuguese manager.

By the time Pochettino arrived, Gareth Bale had gone, and so had his 100 million euro transfer fee, splashed on seven new signings, four of whom would be out by the end of Pochettino's second summer.

"When I arrived at Tottenham I knew very well the challenge would be tough," Pochettino said in January.

Liverpool, a year behind, were mourning the loss of their star player too as Luis Suarez left for Spain and the 81 million euros earned was frittered away, leaving Klopp with his own clear-out job in 2015.

Piece-by-piece, each club's identity sharpened again and Champions League qualification became not just a target, but the norm.

Yet while Tottenham briefly threatened to win the title in 2017, finishing closest to Chelsea on 86 points, they then dropped back, ending the last two seasons 23 and 27 behind Manchester City.

"We need to make that step," Pochettino said this week.

"We realise we can continue in this process, we can put Tottenham with the best teams in the world."

Liverpool have pushed on. Aided by bigger budgets and free of the strains imposed on Spurs as a result of their new stadium, Klopp saw the moment after last year's loss to Real Madrid and grabbed it.

In January 2018, they sold Philippe Coutinho for 160 million euros and used the money to strengthen a weak defence by signing Southampton's Virgil van Dijk.

In the summer, they acquired an outstanding goalkeeper in Alisson Becker as well as greater strength in midfield with Fabinho and Naby Keita. In Coutinho, they sold a star but this time made it pay.

"When I first heard he wanted to go to Barcelona, I didn't imagine we could be that good [without him]," Klopp said this month. "But we did it, it was good for both sides."

Even winning the Champions League might not guarantee the futures of Tottenham's own dithering gems, with Christian Eriksen and Toby Alderweireld still to commit and on contracts that are running out.

But if either, or both, decide to go, perhaps Spurs can take encouragement from Liverpool, by addressing problem areas at full-back, in central midfield and up front.

The club's chairman Daniel Levy will need to answer Pochettino's repeated calls for a show of faith, one that reflects the unwavering belief Pochettino enjoys from his players.

In that sense, a Champions League final could prove cathartic too, offering Spurs the chance to shake off their nearly-men tag, and assume fully the bold, brave, uncompromising mentality of their coach.

"It's not that I didn't believe him," said defender Danny Rose this week. "I just didn't understand." For Tottenham, it could be a match that makes everything clearer.