The appointment of Kahn, who played for Bayern from 1994 until 2008, was approved by Bayern's board on late Thursday. 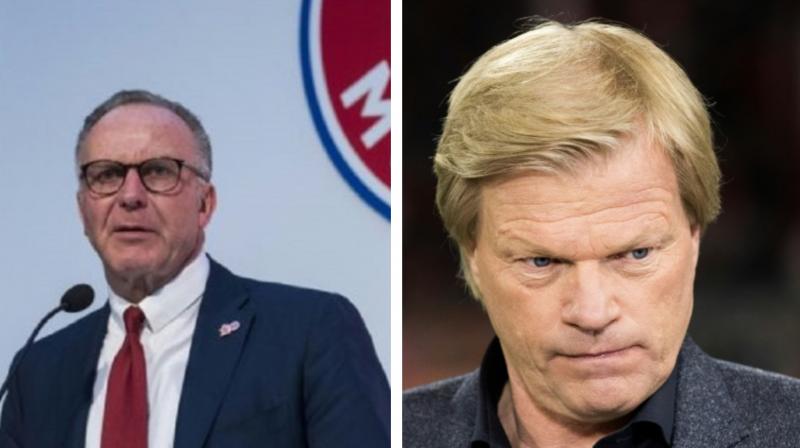 Berlin: Ex-Germany goalkeeper Oliver Kahn will join Bayern Munich's board in January to be groomed to replace club chairman Karl-Heinz Rummenigge, the Bundesliga giants announced on Friday amid a backroom upheaval.

The appointment of Kahn, who played for Bayern from 1994 until 2008, was approved by Bayern's board on late Thursday, just hours after club president Uli Hoeness, 67, officially informed the club that he is stepping down in November.

Current chairman Rummenigge, 63, will eventually hand the reins to Kahn on December 31, 2021, after showing his successor the ropes, while former Adidas boss Herbert Hainer is poised to replace Hoeness as club president in the November elections.

Kahn, a former captain of both Germany and Bayern who made more than 600 appearances for the club, will sign a five-year contract and will join the club's board from January 1, 2020, serving a two-year apprenticeship before taking over from Rummenigge.

Hoeness sees Kahn as the "perfect solution" to replace Rummenigge as the 50-year-old has served as "an important player in the history of the club" having won the Bundesliga title eight times and been part of the team which won the Champions League in 2001.

Kahn "carries the DNA of the club in him", added Hoeness. The former goalkeeper said it was a "great honour" to be accepted onto the board and feels "deeply connected with the club, it has strongly shaped my life". After retiring 11 years ago, Kahn has earned an MBA in general management and built up his own business while serving as a TV expert for broadcaster ZDF.