ISL 4: Blasters hope to end year on a high

Striker Iain Hume would continue playing second fiddle to Mark Sifneos and Wes Brown looks to have cemented his position in central midfield. 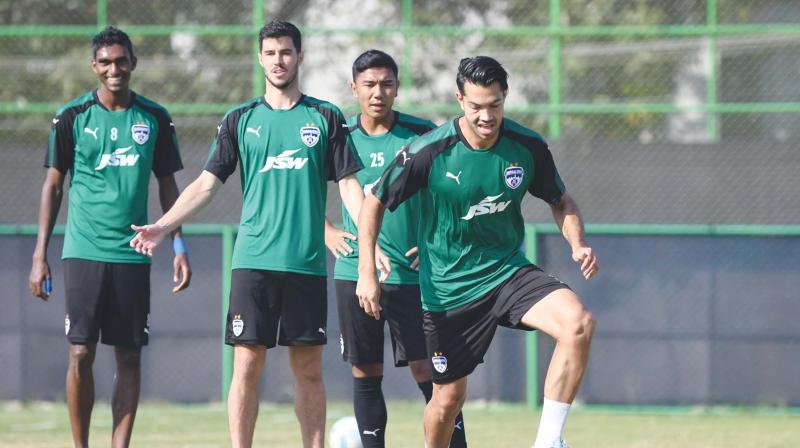 Kochi: Coach Rene Meulensteen said Kerala Blasters are obliged to give their fans a  New Year’s gift when they host a stuttering Bengaluru FC in an Indian Super League fixture at the Jawaharlal Nehru Stadium here on Sunday.

Meulensteen said his side, unbeaten in two matches, are in “good spirits” after C.K. Vineeth scored an added time equaliser last week in Chennai while their visitors are hoping to avoid a third consecutive defeat.

The hosts are likely to be without playmaker Dimitar Berbatov for the fourth match in a row with a calf injury, while Rino Anto has also been ruled out with a troubled hamstring. Samuel Shadap is expected to step into the right-back role.

Striker Iain Hume would continue playing second fiddle to Mark Sifneos and Wes Brown looks to have cemented his position in central midfield.

Bengaluru have excused defender John Johnson on personal grounds while Udanta Singh will miss his first match of the season with an injury and Nishu Kumar could earn his second start, alongside top scorer Miku and Sunil Chhetri.

Kerala with seven points from six outings will move within two points of the top-four should they win while Bengaluru, on 12 points from seven matches, could find themselves second in the standings with three points.

“It is a special day and we have an obligation to make sure the fans can start the New Year in the best possible fashion with a very good result,” said Meulensteen, adding that having matches on festival days was a good advert for Indian football.

Pune thrash NorthEast
FC Pune City rose to just a point behind leaders Chennaiyin FC in the points table with a 5-0 victory at home over NorthEast United FC here on Saturday.

Hat-trick hero Marcelinho scored twice in the first half and one in the second. However, it was Ashique Kuruniyan who opened the scoring early on as Adil Khan sealed the deal with a late strike. Pune now have 15 points from eight matches, NorthEast are ninth with four off seven.