Punia, the 2016 Commonwealth Wrestling Championship gold medallist, was acquired by the Delhi Sultans for Rs 38 lakhs. 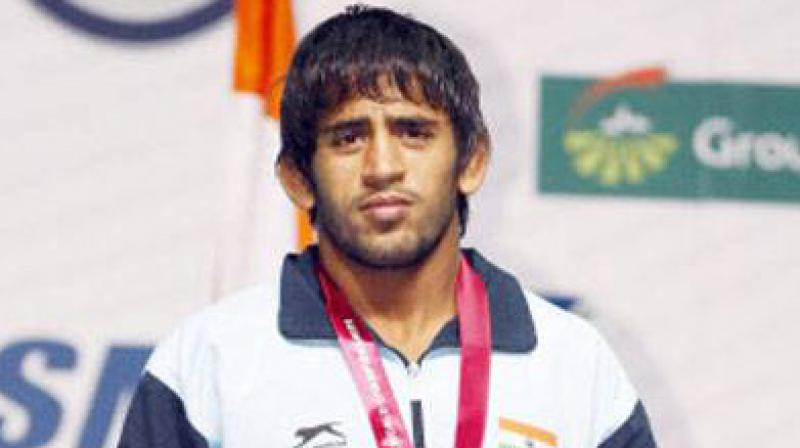 Mumbai: Pre-2008, wrestling was a dying sport in India. Things changed for better after the 2008 Beijing Olympics, when Sushil Kumar clinched the bronze medal in the 66kg freestyle category.

In the last eight years, the game has seen everything — glamour, money and media coverage. So much so that, on December 16, Bajrang Punia, the 22-year-old wrestler from the small town of Jhajjar in Haryana hogged the headlines after he became the most expensive Indian in the auctions of Pro Wrestling League Season 2.

Punia, the 2016 Commonwealth Wrestling Championship gold medallist, was acquired by the Delhi Sultans for Rs 38 lakhs.

India endured a disappointing Rio Olympics, more so in wrestling, where it had won medals in the previous two editions. Sakshi Malik saved Indian wrestling’s blushes by bagging the bronze.

The 2020 Tokyo Olympics is still far away, but preparations must begin now. Bajrang, who had also took silver at the Asian Games and Commonwealth Games in 2014, is one of India’s best prospects.

Bajrang, who has been training under star wrestler Yogeshwar Dutt, said he dreams to win an Olympic medal like his mentor.

“It’s my dream to win an Olympic medal just like Sushil and Yogeshwar,” the 22-year-old said.

Over the years, wrestling has become a marquee sport in India, and the grappler credits the duo of Sushil and Yogeshwar for its promotion.

“We can never forget the contributions of Sushil and Yogeshwar towards wrestling, the duo revived wrestling in India, otherwise it was a dead sport,” said Bajrang acknowledging the impact of the legendary duo.