Matter of time till we beat Tai Tzu: Saina Nehwal 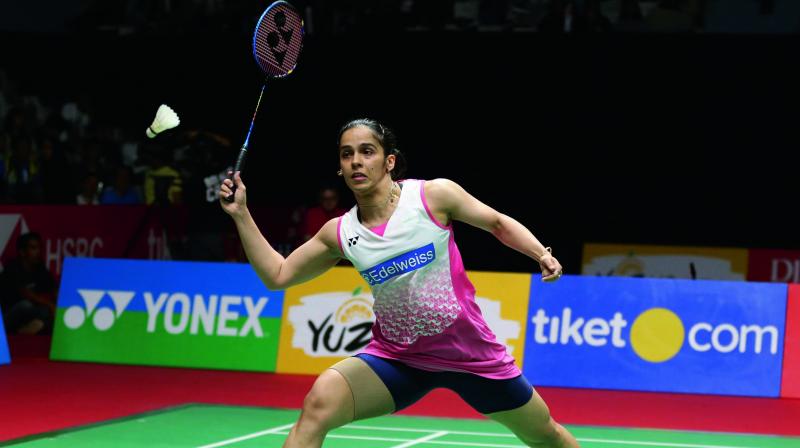 Saina Nehwal retains the belief she can beat defeating Taiwan’s Tai Tzu Ying despite a poor record against the world no. 1. Tai Tzu, who clinched five titles last year, has defeated Saina nine times in their last 10 meetings.

The Indian star could only extend three of the 10 matches into a deciding third game but lost each of them. The Taiwanese beat Saina in straight sets last Sunday at the Indonesia Masters final.

“You see the number of tournaments she has been won last year, so it is not only the Indians who are losing to her. She is the best player right now, she is tricky, she is very focussed and consistently reaching the finals and we have to look up to her,” Saina said in New Delhi on Tuesday.

“I think the top 15 players are doing well. There are some players who you are not comfortable against her but it is not that we can’t beat her. Tai Tzu almost lost to Michelle Li in the first round at Indonesia, so we will have to figure out a way to beat her. I think it is a matter of time, we have it in us to do well against her.”

Saina in currently in the capital for the India Open, from which Tai Tzu pulled out on Tuesday.

Sindhu too has found the going tough against Tai Tzu, getting beaten eight times in 11 meetings. The 23-year-old has won her last four matches against Sindhu.

“She is definitely doing well and when you are mentioning about the losses, you also have to mention that I had beaten her in the Premier Badminton League,” Sindhu laughed, referring to her victory earlier this month.

“Well, of course it was different scoring system. She is doing well, and is consistent. But its not like we can’t beat her.

“I feel it depends on how one plays on that day, we have ups and downs and need to be focussed to beat her,” she added.