Adam Scott looking to hone his game ahead of Masters

Two years ago, Spieth was runner-up in the Texas Open and Houston Open before his four-shot victory in the Masters. 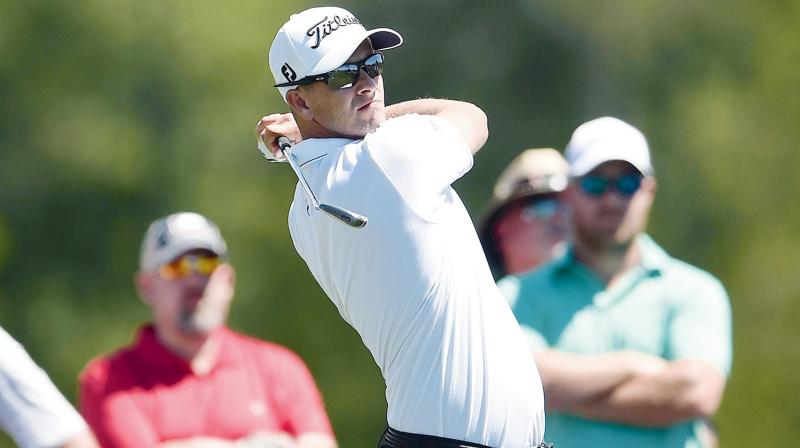 Adam Scott will be looking to win his first Houston Open since 2007. (Photo: AFP)

Humble, Texas: Adam Scott is back at the Shell Houston Open for the first time in seven years with a change in strategy for the majors. He wants to make sure his game is up to speed for the Masters.

And that goes for his caddie, too. Scott has two caddies who are in a job-sharing programme, and while Steve Williams usually works at the majors, Scott felt it was important for Williams not to go to Augusta National without having seen him play. He also has been commuting from Australia, where his wife is pregnant with their second child.

“That almost made this become very easy for me to put on the schedule and change things up,” Scott said.

“Part of my plan for the rest of the year is to play the week before the majors and doing something a little different than I have the past few years.”

He faces what has become one of the stronger fields of the year at the Golf Club of Houston, which tries to present a test that will get players ready for the Masters. Nothing compared with Augusta National, though the greens are faster and rough has been shaved to create tightly mown collection areas.

Tournament officials can’t do much about the weather, however, especially with a storm moving in to soften the greens.

“I don’t think they’ll have a problem with the speed of the greens any day,” Scott said.

“Obviously, they’re just going to get softer, receive shots, and that’s probably going to affect the scoring a little bit because the ball won’t take that first firm bounce. I expect scoring to be pretty good at least for the first couple of days.”

No one will have to worry about Dustin Johnson this week, either. Johnson, coming off a victory in the Dell Technologies Match Play in which he won seven matches over five days, cited fatigue in pulling out of the tournament.

The Houston Open still includes Scott, British Open champion Henrik Stenson, Jordan Spieth, Rickie Fowler, Justin Rose and Phil Mickelson. All of them have cited a desire to get into competitive mode ahead of the Masters.

The Masters is on the mind of many players who aren’t even in the first major of the year. Only 29 players already are in the Masters. This is the last chance to qualify, with the winner getting an invitation.

A year ago, Jim Herman held off Stenson for a one-shot victory to earn his first trip to the Masters. Stenson has finished one shot out of the lead twice in the last four years.

Stenson, Scott, Fowler and Rose each skipped the Match Play because they were at the Arnold Palmer Invitational two weeks ago, wanted to play a week before the Masters and didn’t want to overdo it.

“I like to play the week before a major if I can,” said Stenson, who played the Scottish Open last summer a week before his record performance at Royal Troon.

“Sets me up better, puts me in game mode, and instead of coming straight from practice, I tend to analyse a little bit too much at times, I guess. I like to play, and this is a good course for it.”

Last week, he lost his opening match to Hideto Tanihara of Japan in the Match Play and didn’t advance out of his group.

Two years ago, Spieth was runner-up in the Texas Open and Houston Open before his four-shot victory in the Masters.