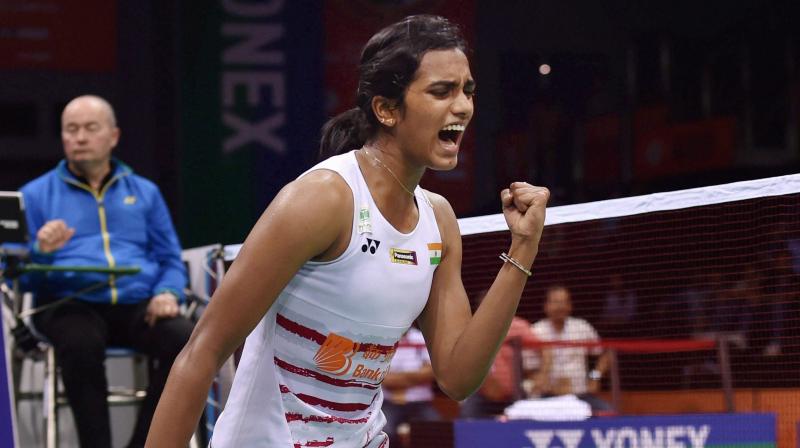 Carolina Marin and PV Sindhu will face each other in Sunday's final – a rematch of the Rio final. (Photo: PTI)

: Olympics silver-medallist PV Sindhu on Saturday earned a hard-fought win over World No. 4 Korean Sung Ji Hyun in the semi-finals of the India Super Series to book what could be expected as an epic title clash against Carolina Marin.

Sindhu, who had outclassed compatriot Saina Nehwal in straight games to book her place in the semi-finals, defeated Hyun 21-18, 14-21, 21-14 in a battle of nerves where fortunes fluctuated frequently.

Coming into the match with a 6-4 head-to-head record, the shuttler from took the first game 21-18 but lost the second game 14-21 to the World No.4. However, the third game saw the Olympic silver-medallist come back and win it 21-14 to book her place in the final of the tournament.

Marin and Sindhu will now face each other in Sunday's final – a rematch of the final.