A task he was also carrying out at Pinoke, a club in Netherlands, before moving to India. 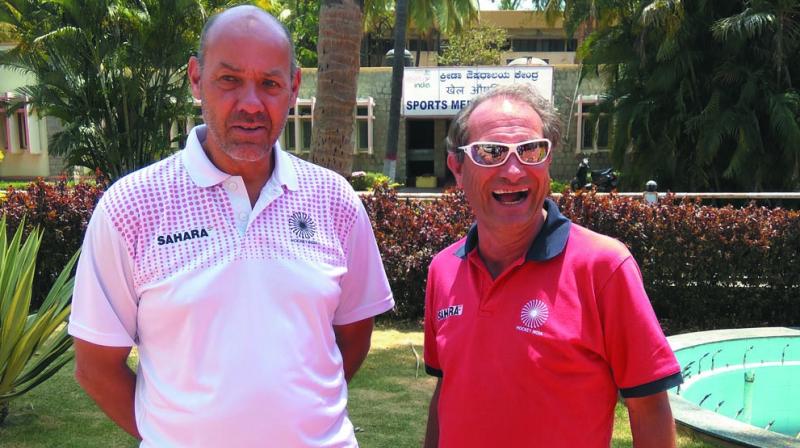 Bengaluru: It’s mental strength that separates a great player from a good one. A good team from a dynasty.

While Hans Streeder makes no claims as such about turning the Indian hockey team into a golden generation, the analytical coach is clear in his view that his wards need to improve the mental aspect of their game.

“(The Indian players are) very skilful, but are not used to training in organised sessions. They just want to play. They have to learn to read the game,” says Streeder.

“That’s sometimes a problem because when they score they are so happy that the opponent will score within minutes. So they have to learn to control their emotions. That is the fundamental of the game,” remarked Streeder, who recently joined the coaching staff in place of Roger van Gent.

But he is pleased with the players’ attitude.

“They’re very skilful and creative, but defensively they lag. I think, you only attack freely if you’re defence is covered. That’s the structure we’re trying to bring into the side. And I am happy that the guys are very eager to learn new things,” said the Dutchman, after a session with the probables for the Azlan Shah Cup on Friday.

‘Tendency to get over-excited’
But not before Roelant Oltmans, the head coach, gets a word in.

“I think the team is over-excited. So whenever someone scores a goal, they lose focus and that’s when you’re vulnerable. That’s something the boys have to learn,” he says.

There is a distinct level of comfort between the two long-term friends. They even have spirited discussions and competitions regarding the rivalry of their favourite Eredivisie sides.

While comfort certainly played a part in Oltmans’ decision to bring Streeder over to the sub-continent, it’s also with an eye on the 58-year-old’s ability, who was with the Netherlands during the junior World Cup last year, to help rebuild a team.

A task he was also carrying out at Pinoke, a club in Netherlands, before moving to India.

“It’s all about building a structure and a system that can give you results,” stresses Streeder. “It’s about creating opportunities where the players can showcase their skills.”

And he wants to do so the Indian way.

“It’s got to do with the rule of Indian hockey. You have to respect it, the skills and the speed, the creativity of the players. So you have to create an environment for them. That’s something we have to be careful about; not playing the German way of hockey,” he said.