Sindhu will be up against world no. 4 Sung Ji Hyun of Korea, which promises to be yet another exciting match. 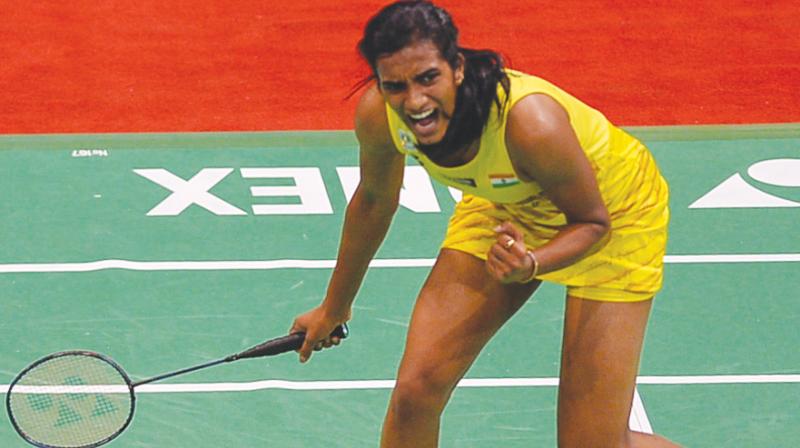 World no. 5 Sindhu started off with a bang taking the opening game without losing much sweat underlining her early dominance in the match.

But world no. 8 Saina, known for her resilience, launched a comeback to dominate the second game initially and was leading 19-16 and it looked like the match would go into a decider.

However, the third seed showed great tenacity and levelled at 19-all.

Saina took the lead again and was just a point away from clinching the second game but could not hold on to her momentum as Sindhu took three straight points to wrap the match in 47 minutes.

“Overall it was a very good match. I felt no pressure even when she was ahead in the second game. I had confidence in myself and when it was 20-20 in the second it was anybody’s game. But I belief in myself and was confident that I could turn it around,” Sindhu said after the match.

Saina and Sindhu have met just once in an international competition — at the 2014 Syed Modi International. Saina had won that match in straight games. They had played against each other in Premier Badminton League early this year and Sindhu had emerged victorious.

Sindhu will be up against world no. 4 Sung Ji Hyun of Korea, which promises to be yet another exciting match. Sung earlier beat defending champion Ratchanok Intanon 21-16, 22-10 in 49 minutes to avenge her loss at the All Englands.

In the men’s section, India’s hope ended after Sameer Verma went down to unseeded Ander Antonsen of Denmark 22-24, 21-19.