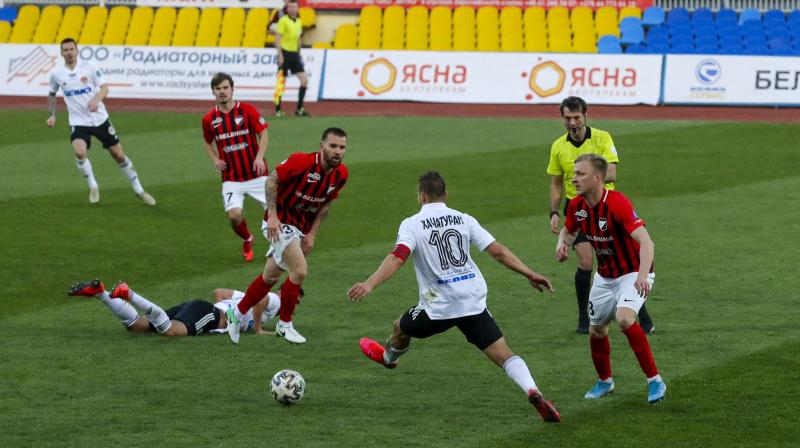 In this photo taken on March 27, 2020, players in action during a Belarus Championship soccer match in the town of Zhodino, Belarus. Longtime Belarus President Alexander Lukashenko is proudly keeping soccer and hockey arenas open even though most sports around the world have shut down because of the coronavirus pandemic. AP Photo

Shanghai: China's government on Tuesday ruled out an immediate resumption of major sporting events, including football and basketball, as the country faces a second wave of coronavirus cases from abroad.

There had been speculation that the Chinese football and basketball seasons could get going in the next few weeks, after numbers of locally transmitted cases dwindled.

But China, where the virus emerged in December before spreading worldwide, says that it is now facing a new threat, of infections from people entering the country from abroad.

The General Administration of Sport (GAS) has now snuffed out any hopes that China's sports scene could soon return to normal.

"For better epidemic prevention and control, no major sports events like marathons which gather crowds of people should resume," GAS said in a notice widely carried by local media.

The missive, which singled out China's football and basketball associations, did not give a timeframe when the situation could change.

The Chinese Super League football season was supposed to begin on February 22 but was indefinitely postponed in January by the pandemic.

The Chinese Basketball Association league has also been suspended.