All the other finals were thoroughly dominated by promising shuttlers from Pune. 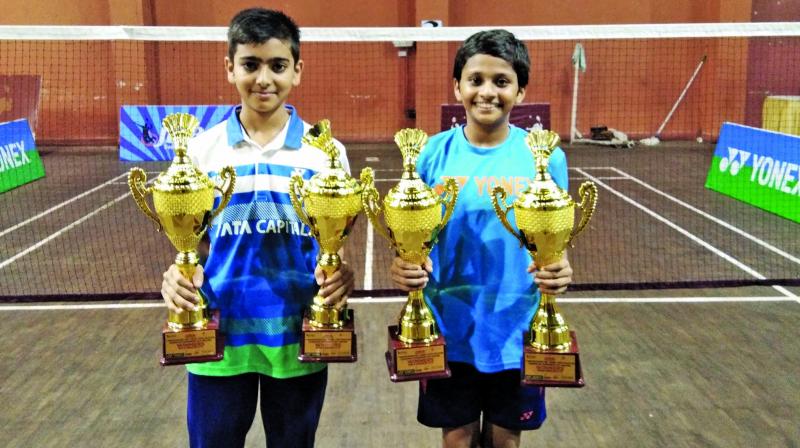 It was a double delight for Mumbai suburban’s Aalisha Naik and Nasik’s Prajwal Sonawane as they won the singles and doubles titles in the under-13 girls’ and boys’ groups respectively in the Kwality Bakers first Maharashtra sub-junior state selection badminton tournament. In the under-13 girls’ singles final, the top seeded Aalisha who is a fan of Lin Dan, fought hard to beat Thane’s Tanika Sequeira 21-16, 21-17. Aalisha then teamed up with Madhumita Narayan in the girls’ under-13 doubles final to defeat Siya Singh and Taarini Siri 21-16, 21-14 to win a grand double at the Priyadarshini Indira Gandhi Sports Complex in Mulund.

In the boys’ under-13 singles final, the top seed Prajwal who idolizes Lee Chong Wei, beat the second seed Om Gavandi of Thane 21-18, 21-14 in straight games. Prajwal then partnered Om in the boys’ under-13 doubles final to overcome the pair of Aadya Parasnis and Shreyas Sane 21-19, 21-8 and took home twoglittering trophies. 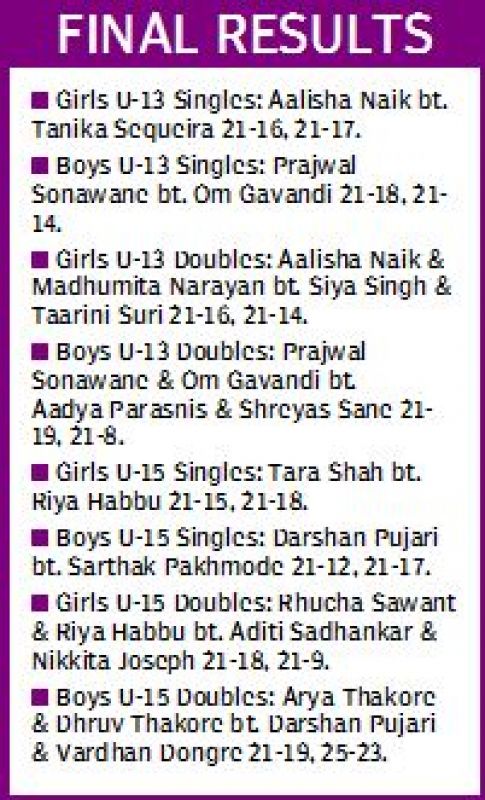 The runners-up and winners received glittering trophies, certificates, cash prizes and Kwality Bakers’ goodies at the hands of Arun Lakhani, president of MBA and Vikram Pandit, Vice-president of Kwality Bakers in presence of office-bearers and dignitaries of BKLP, MBA and MSDBA.