Prajakta Sawant to fight against injustice 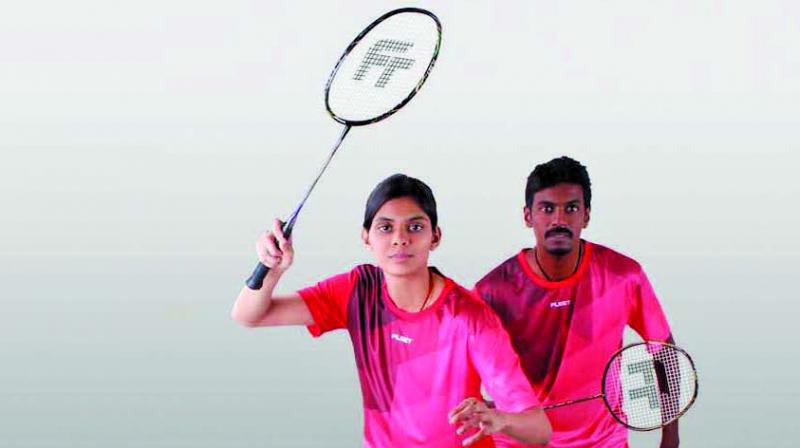 After Badminton Association of India (BAI) withdrew Prajakta Sawant’s entry from the World Championships the Mumbai shuttler hinted at fighting ‘injustice’ this time out of court. The 25-year-old doubles specialist from Mumbai had been earlier confirmed for the August event in China in mixed doubles event with her Malaysian partner of Tamil descent Yogendran Khrishnan. But the Mulund based shuttler was disappointed that BAI withdrew her entry without informing her.

“Our entry was confirmed by Malaysia as well as India. BAI withdrew my entry from World Championships in Mixed Doubles event without my permission. They even didn’t send me an email or anything regarding it. I only got to know when I saw the list,” said a disappointed Prajakta who was involved in a legal battle with the BAI and chief coach Pullela Gopichand since filing a case in November 2012 in the Bombay high court.

She rejuvenated her doubles career at New Vision Badminton Academy in Kuala Lumpur from 2014. She later decided not pursue case further and to concentrate on her career and make apparent bid of comeback into the Indian national team. But she struggled to find partners in India especially in mixed doubles and according to her wasn’t allowed to attend national camps. She had though battled on to find international success with Khrishnan from last year and a half and had recently moved to India for now. She participated in the recent senior nationals in Bengaluru and Hyderabad while partnering Sanyogita Ghorpade of Pune in Women’s doubles. Despite missing out on Asian Games berth she was happy to play in World Championships for the second time with Khrishnan but BAI’s entry withdrawal has left the Sawant household livid.

She alleged favouritism and took to social media tagging Rajyavardhan Singh Rathore (Sports Minister) and BAI to protest against the repeated “injustice” meted out to her. Tired of court battles she vowed to fight in a different way this time.

“Despite not included in National Camp I have been performing professionally to get good World ranking but still association and the concerned coaches have done injustice with me. I will fight it in a different way,” she said. All Indian mixed doubles pair of Rohan Kapoor and Kuhoo Garg will now play in World Championships.

“We got a call from MNS chief Raj Thackeray office to show their support. It took us long route in court last time and this time we want speedy justice as a Maharashtrian girl is being targeted repeatedly,” her father Sanjay Sawant said.

Prajakta found support from another doubles specialist Jwala Gutta. “Well that’s always been the case wasn’t it?? When I was playing it always happened to me...why do u think I fought against the biggies? Is this anything new?” Jwala replied to ‘injustice” tweet from Prajakta.

The Mumbai shuttler also came in support for nine-time national champion Aparna Balan of Kerala who was ignored for Asian Games despite winning the doubles senior national event in Hyderabad recently after defeating Prajakta and Sanyogita 19-21, 21-19, 21-18 in the final.

“Let’s come together and do something for the injustice happening against all the players who are still struggling in spite performing,” Prajakta posted on facebook.

When contacted, BAI General Secretary Ajay Kumar Singhania sent in a link where the association President Himanta Biswa Sarma had already reacted to the matter, saying “doubles partner of Prajakta is a Malaysian citizen. As such BAI is not empowered to send the name of a Malaysian citizen in Indian team. That is why we have to withdraw the pair.” Interestingly, Prajakta and Yogendran had competed in the 2017 World Championship at Glasgow where they lost in the second round to the Indian pair of Pranaav Chopra and Sikki Reddy.

“As a responsible person I cannot recommend entry of a Malaysian citizen from BAI. BAI can face big problem if we do that without clearance of MEA and sports ministry, if at all we have to even consider such an eventuality,” he added.