“Badminton in India as a sport has grown many fold. Many bright players are coming up,” said Sindhu. 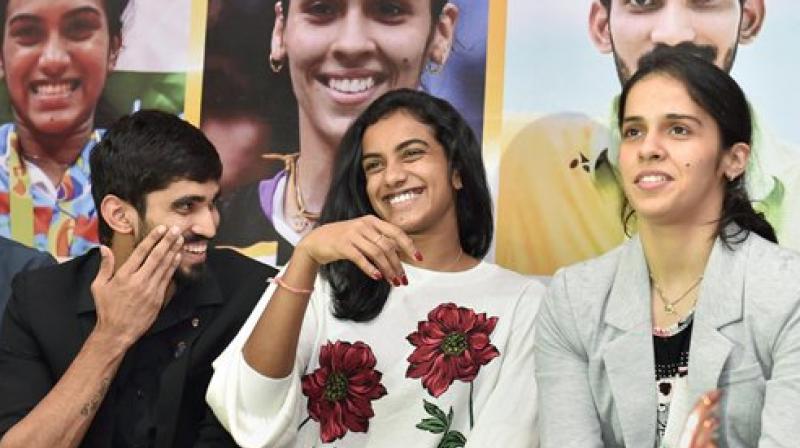 New Delhi: Star shuttlers Sania Nehwal, P.V. Sindhu and Kidambi Srikanth on Thursday thanked the government for its continued support and said India can dominate the sport for a long time like China, Japan and South Korea.

The trio were speaking at a felicitation ceremony organised here after their recent world badminton championship campaign at Glasgow, where Sindhu claimed the silver medal and Saina the bronze.

“The facilities have improved and we shuttlers need to believe in ourselves. If that happens we can come stronger and rule the sport like China, Japan and Korea,” Saina said.

Sindhu said the future of Indian badminton is in good hands.

“Badminton in India as a sport has grown many fold. Many bright players are coming up,” said Sindhu.

“The world championship final is one of the longest match I have ever played. At 20-20 in the last game it was anybody’s game but in the end it was not my day,” she said.