Srikanth in zone of his own

Prannoy praised his friend for the achievement and said Indian badminton was doing well on the international stage. 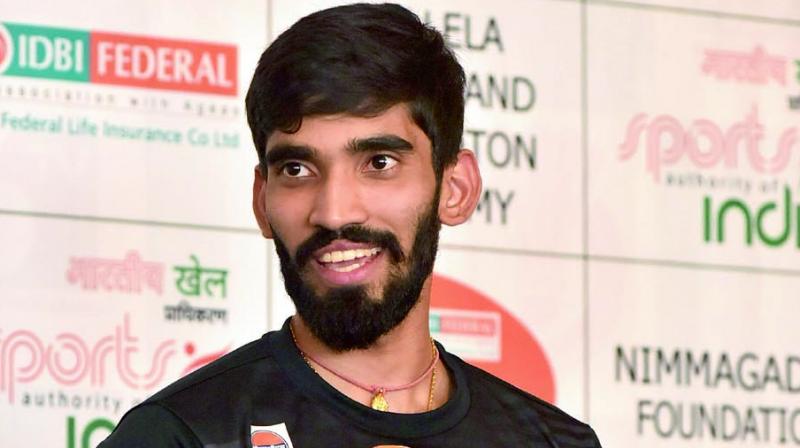 Srikanth Kidambi at a felecitaion event in Hyderabad on Tuesday. (Photo: R. Pavan)

Hyderabad: Brimming with confidence and flying high after clinching four Super Series titles in 2017, Indian badminton sensation Kidambi Srikanth remains grounded and is not running after the rankings.

“It’s really important for me to play well in a tournament rather than sitting on top rank. I prefer winning tournaments being a world no .2, rather than losing them and being a no .1,” Srikanth said during a media interaction here on Tuesday.

“If you perform consistently well, rankings follow and I don’t want to run after them (rankings),” he added.

However, the road to this achievement was not an easy affair as he defeated some of the top players including compatriot H.S. Prannoy in French Open semi-finals. “Everyone is playing well and so did Prannoy in the semi clash. I was shocked seeing him playing so well on that day,” said the 24-year-old.

Prannoy praised his friend for the achievement and said Indian badminton was doing well on the international stage. “For the last one year, performance of the Indian contingent has been absolutely fantastic. And we are making a mark on the global platform,” the French Super Series semi-finalist said.

Asked about the end of domination by Lee Chong Wei, Chen Long and Lin Dan, Srikanth said: “I think for a long time Lee Chong and Lin Dan have dominated world badminton. But now, me, Viktor (Axelsen) and other Indian players are doing well so the tournament has become wide open and its always good for sport when you have so many champions.”

“I can’t say that it’s the end for them. They are experienced players who have seen the highest level and cannot be taken easily. They will be tough every time we play against them,” he added.

The Hyderabad-based shuttler was on Tuesday felicitated at the Pullela Gopichand Academy where he was awarded `6 lakh for winning the Denmark and French Super Series. He was also awarded a sum of `10 lakh by V. Chamun-deswarnath. Amongst others who were felicitated on the occasion were H.S. Prannoy (`2 lakh) and Satwik Sai Raj, Sikki Reddy and Pranav Jerry Chopra (who got `1 lakh each).

Srikanth who faced a niggle in his right knee during the French quarterfinal said he is fine at the moment and will take part in the upcoming badminton nationals starting in Nagpur on Thursday.

Asked about not showing many emotions on court, the recently crowned French Open champ said, “I am a great fan of Roger Federer and I draw inspiration from him. So I try to keep calm and composed on the court.”

Meanwhile, Srikanth’s father and his coach Pullela Gopichand were all praise for the man of the moment.

“It gives me great joy as a father and I am proud of my son as he is bringing more laurels to the country and to the Telugu people. It’s a great moment for us,” Srikanth’s father Kidambi Venkata Sesha Krishna said.

“I think it’s a fantastic achievement in a way because not many people have done this. We have Chen Long, Lee Chong Wei and Lin Dan who have done this and we consider them legends. So for someone like Srikanth doing this is a legendary in a way,” he said.