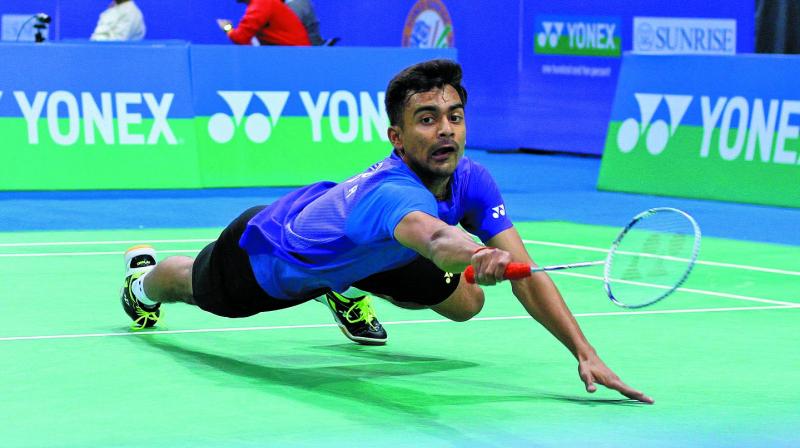 Sameer Verma en route to his 21-18, 19-21, 21-17 win over Tommy Sugiarto of Indonesia in their Indian Open second round match in New Delhi on Thursday.

They squandered four match points but utilised the fifth to reach the quarter-finals of a major tournament for the first time.

Later, Olympic champion Carolina Marin overcame a scare from Chinese teenager Gao Fangjie to enter the quarter-finals. In one of the longest matches of the tournament that lasted an hour and 23 minutes, Marin had to use all her experience to down the China Open runner-up 15-21, 21-15, 21-11.

Manu Attri and B Sumeeth Reddy too progressed to the last eight stage with a 21-11, 21-15 win over Tushar Sharma and Chandrabhusan Tripathi.