Para swimmers find it difficult to carry on

He is the Limca Book world record holder for longest open sea swimming paraplegic in 2014. 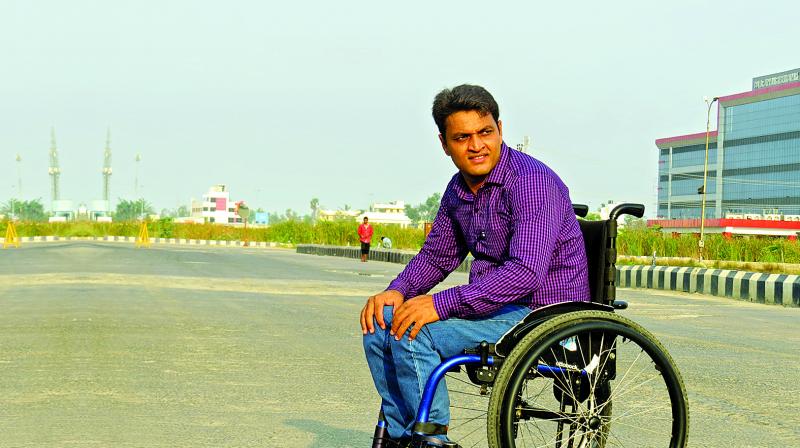 On the eve of world disability day on December 3, para swimmers like Mohammed Shams Alam Khan and Satendra Singh are struggling to pursue their passion of swimming for their country.

Mumbai’s para swimmer Alam is at a crossroads in his professional career. He wants to participate in Asian Para Games 2018 but he is struggling to find sponsors for advanced training and participating in qualification tournaments.

He is the Limca Book world record holder for longest open sea swimming paraplegic in 2014 who later set a record for having completed the longest open-sea swimming by a paraplegic by covering an impressive eight kilometre in a span of four hours and four minutes in open seas of Goa. Now he is finding it difficult to carry on with swimming which he is doing with passion from last six after a spinal cord injury rendered him unfit to pursue karate as a sport.

The Dharavi resident who completed MBA in HR recently is confused at times whether to listen to his parents and do a full-time job for settling down or continue with his passion of swimming which isn’t making him earn anything at the moment and not getting sponsors which leaves him frustrated at times.

“I am sitting at home in Dharavi and doing literally nothing for hours other than swimming. I am not earning anything so my parents are convincing me to do a job. I have an offer from MNC but then daily I have to travel 3-4 hours, besides 9-10 hours at work, I can’t train in swimming on regular basis in such scenario,” he said.

The para-swimmer revealed their is no support from the state government.

“I had applied for government jobs as well (under sports quota) like in railways but found no positive response. There is minimal support from Maharashtra government for para swimmers. I won two gold medals during Nationals in Udaipur recently in November but government doesn’t come up with monetary support like in some other states. Maharashtra won the overall championship but still government wasn’t impressed,” said Alam who won gold is S5 category with national records in 50m butterfly and 100m freestyle, he also won silver in 50m freestyle.

Alam’s friend Satendra from  Gwalior who is a long distance para swimmer is currently training in Pune with three others Rimo Saha, Chetan Raut and Jagdish Teli for English Channel Relays but they are struggling to raise  funds required for expenditure in the competition. Raut is from Amravati.