The win put Awadhe in a strong position, who were ahead 2-0 (3-0 on points) in the early stages of the tie. 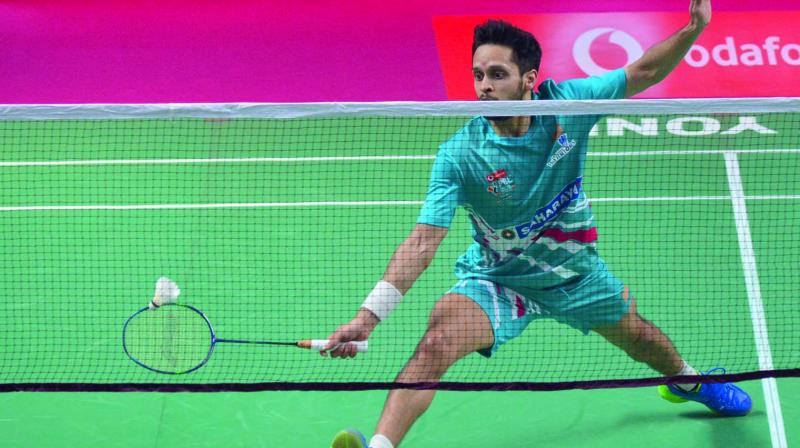 Awadhe Warriors’ Parupalli Kashyap in action in their PBL match against Sourabh Verma of Ahmedabad Smash Masters in Lucknow on Tuesday. Kashyap won 11-15, 15-13, 15-14.

The win put Awadhe in a strong position, who were ahead 2-0 (3-0 on points) in the early stages of the tie.

Verma looked in great touch in the opening game and managed to dominate the proceedings early on.

The second game was a pulsating affair with Kashyap taking the challenge to his opponent. Kashyap showed great determination to restore parity in the match and the send the crowd into a frenzy.

In the decider, Verma was quick to get off the blocks and raced to an 8-3 lead. After the interval though, Kashyap launched a scathing comeback and tied the scores 9-9. Vermna fought back hard, again leading at 14-10 but Kashyap showed great resiliency and saved four match points to finally seal the match at 15-14.