All legendary sportsmen, they carry on with their lives without complaining 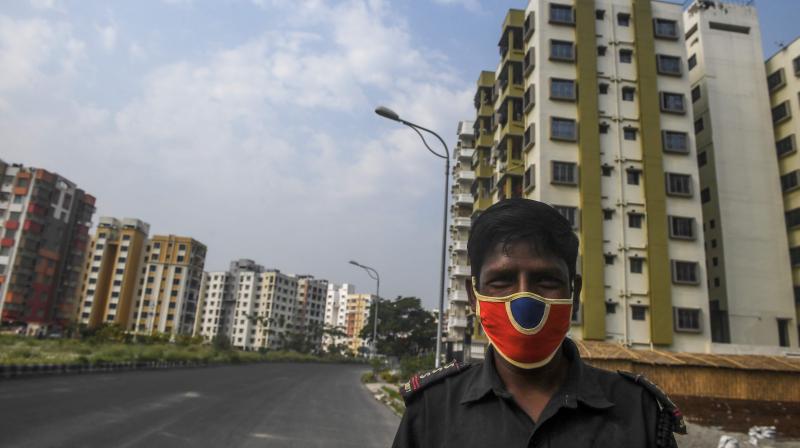 Kolkata: Some are in their 90s and some in the 80s but Kolkata's elderly sportspersons are leading by example to contain the spread of the deadly Covid19 pandemic.

The 82-year-old needs insulin daily and due to the 21-day nationwide lockdown his medical supervisor is not able to attend him but his wife Basanti is "managing" it somehow.

"The medical guy who lives in Bansdroni said he's not able to come so I administered insulin the last few days," Basanti told PTI.

"He needs more than 10 medicines daily, thankfully we have not faced any difficulty so far. We faced some difficulties in getting a refill of our LPG but the Lake Town Police helped us. So we are managing things. Let's hope for the best."

No trips to the park

The sudden call for lockdown last week meant that double Olympic gold medalist Keshav Dutt's children, who live abroad, could not come back in time but the 94-year-old is not complaining with their maid Maya Devi taking full care of the former hockey star.

"I was to leave for my home town but because of the lockdown Sir's children could not come and I'm stuck here," Maya Devi said.

Wheelchair-bound Dutt would earlier be taken out of their house in the morning or evening to the nearby lawn but that has stopped now.

"He would watch TV and the evenings are spent with phone calls to their children. They would keep telling him about the do's and don'ts and how to stay safe.

"We are not allowing anyone inside the house. I have bought his monthly quota of his medicines and we are taking full precautions."

Captain of 1956 Melbourne Olympics Samar 'Badru' Banrerjee is "fit" at 92, thanks to his daily morning walk but since the lockdown he has to sacrifice on that.

"I have stopped taking morning walk and doing some freehand exercises at home. It's about life and death now, and staying at home is the only way we can stop spreading the virus," the former Mohun Bagan stalwart told PTI.

"I urge everyone to follow the guidelines strictly and we will overcome this phase soon. Now I'm spending time watching TV and talking to my grand daughter.

Former India hockey captain Gurbux Singh, who won a gold and bronze at the Olympics, was to go to his son's place in Gurgaon just before the lockdown was enforced.

"But we did not take a risk and cancelled our tickets. My daughter (from New York) also could not come. It's better we stay at our respective homes now."

The 84-year-old remembers the World War II and also the partition but said he never witnessed anything like the current crisis.

"I faintly remember the drill we followed and were asked to stay at home and switch off the lights during the WWII. Even the partition effect was huge but it was limited to only a few parts. Never there was such a fear psychosis in the whole world," Gurbux said.

"You never know from where the virus would enter, from shoe lace, door knob or God knows where. So better we stay put inside home. My wife has severe arthritis but can't take her to doctors now. We are managing through video calls," he said summing up the situation.