A natural progression through the ranks from a player to coach. 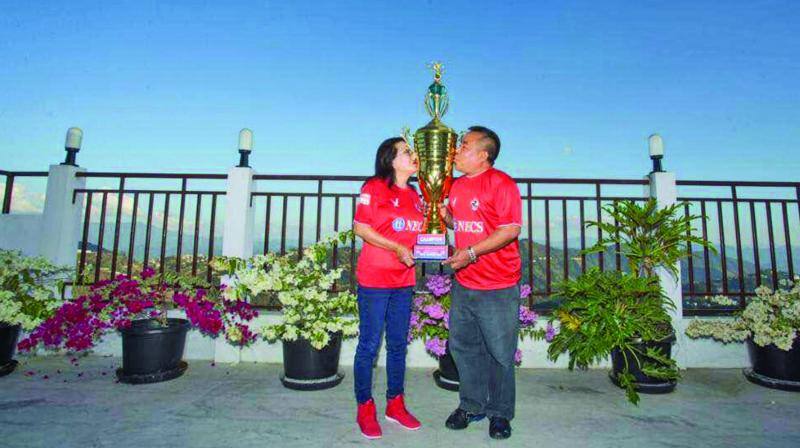 It wasn’t easy for Jamil to make a move away from Mumbai. After all, that is pretty much all he knew.

It was a dream that followed Khalid Jamil since the day he donned a black T-shirt and trackpants and took over as the manager for Mumbai FC in 2009. A natural progression through the ranks from a player to coach. Eight years on, the dream is a reality. Not in Mumbai but 3,256.6 kms to the north-east, in Aizawl.

“I always wanted to win the Hero I-League. Every time at the start of the season I used to tell myself that ‘this year I should win it.’ I had to wait. And today we have won,” said a euphoric Jamil after leading Aizawl FC to a miraculous success.“This is my biggest victory ever,” Jamil stressed.

Khalid Jamil — I-League champion. A year ago, no one would have called it. And even at his moment in the sun, the Kuwait-born Indian is quick to deflect the glory.

“It’s not just about me or any individual. It is about the boys. They played continuously and played well. They deserve the credit,” he stressed. It is a different life to what he was used to back in Mumbai.

Damned if you do, damned if you don’t. That was his life. All the hard work done to keep the cash strapped side in the league was often met with derision. Lack of ambition was the accusation directed towards him. From fans, pundits and finally the management, who decided to part ways with the former Indian international following yet another relegation threatened season last year.

A look at where Mumbai are headed now can only add to Jamil’s reputation. Perhaps he overachieved by just keeping the team in the I-League. But hindsight is always 20/20. It wasn’t easy for Jamil to make a move away from Mumbai. After all, that is pretty much all he knew.

The new club with an even bigger cash crunch was what awaited him. Maybe another step down the ladder but a step that needed to be taken. “When I first came to Aizawl my only expectation was to give my best. The team was young and had potential for improvement. We decided to take one game at a time and the team adapted to my methods beautifully,” he remarked.

Khalid is now the toast of the nation. A players’ manager, motivator and leader who took an unfancied side to the title. It’s a success well deserved.