The Indian, who shot 71 in the first round, added a similar 71 in the second, with three birdies and as many bogeys 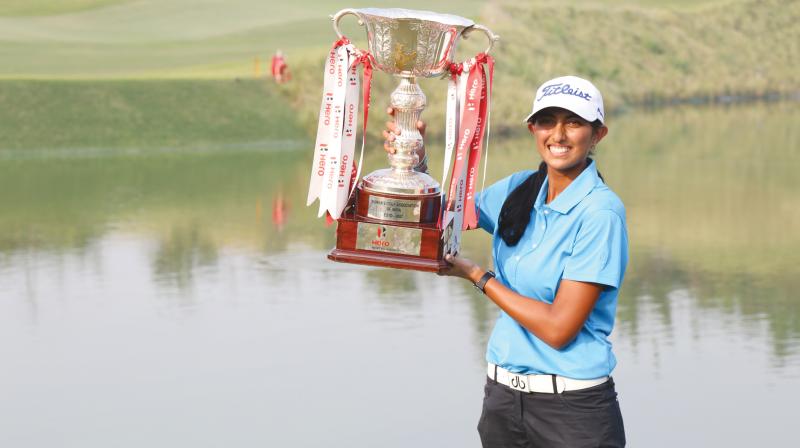 The Colony: Indian golfer Aditi Ashok found a birdie on the closing 18th hole to keep her chances of making the weekend rounds alive at the Volunteers of America Classic in Texas on the LPGA Tour here.

Though she is even par with 71-71, Aditi, who lies T-62nd, will know her fate only when the rest of the field completes their round.

The Indian, who shot 71 in the first round added a similar 71 in the second, with three birdies and as many bogeys.

Matilda Castren shot a 5-under 66 after a six-hour storm delay on Friday to take the lead in the suspended second round.

With the start of play delayed by lightning and rain, the 26-year-old from Finland, who won the LPGA Mediheal three weeks ago, had five birdies in the bogey-free round to reach 10 under at Old American.

More than one and a half inches of rain fell on the course.

Jin Young Ko, the first-round leader after a 63, was also 8 under with 14 holes left. Only half of the players were able to finish the round before dark.