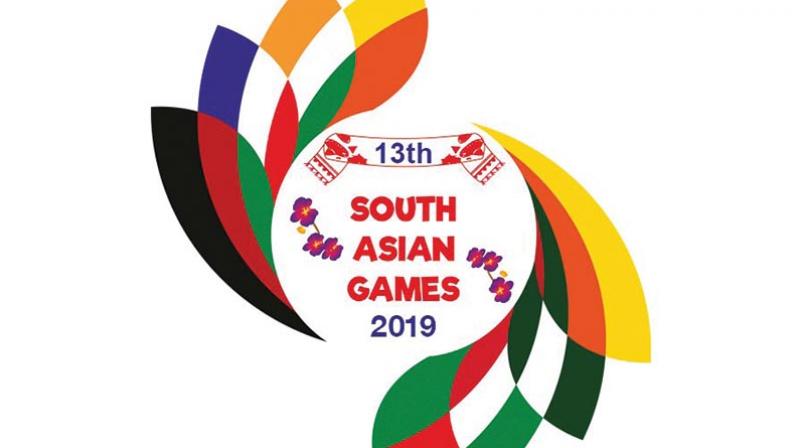 Indian athletes dominated the track and field events and at the shooting range to clinch 27 medals, including 11 gold and remain in the second position at the medals tally in the South Asian Games. (Photo: South Asian Games website)

Kathmandu: Indian athletes dominated the track and field events and at the shooting range to clinch 27 medals, including 11 gold, on the second day of competitions and remain in the second position at the medals tally in the South Asian Games here on Tuesday.

Suseendran clocked 11.80 seconds in the 100m dash to emerge as the fastest woman of the Games, leaving behind Sri Lankans Thanuji Amasha (11.82) and Lakshika Sugand (11.84) for silver and bronze respectively.

In the women's high jump, Jashna cleared 1.73m to clinch the gold while Rubina Yadav bagged a bronze with an effort of 1.69m.

Kushare cleared 2.21m to win the men's high jump gold while compatriot Chetan Balasubramanya claimed the silver with an effort of 2.16m for a 1-2 finish for India.

At the Satdobato Shooting Range, Indian shooters bagged nine medals, including four gold, with Mehuli Ghosh winning the yellow metal with a score better than the world record.

The 19-year-old Mehuli clinched the gold with a score of 253.3 in the final, which is 0.4 more than the current world record of 252.9 which is in the name of another Indian, Apurvu Chandela.

Mehuli's effort will, however, not be considered as a world record, as the South Asian Games' results are not recognised by the international body (ISSF) for the purpose of records.

Shriyanka Sadangi took the silver with a score of 250.8, while Shreya Agrawal (227.2) clinched the bronze in a 1-2-3 podium finish by the Indians.

In women's football, India mauled Maldives 5-0 in their opening game with Bala Devi scoring a brace.

Indian men's and women's kho-kho teams registered dominating wins over their Sri Lankan counterparts in the semi-finals to enter the finals.