The Rio Olympics silver medallist gave a good account of herself by winning the women’s singles 12-10, 11-6 against Cheung. 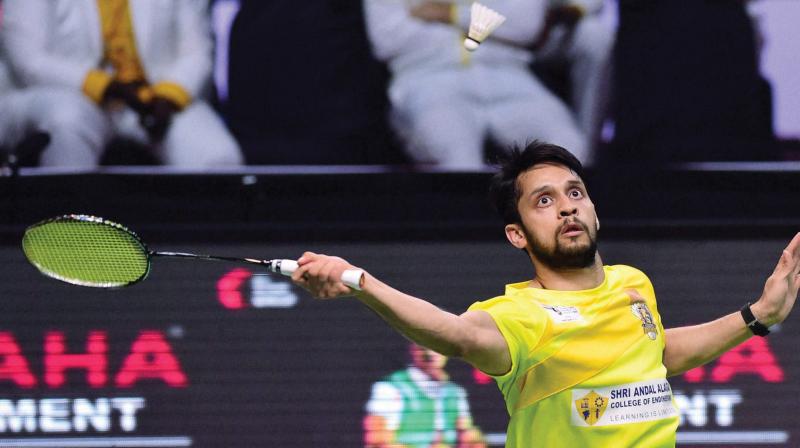 This was after the Smashers’ Parupalli Kashyap won the men’s singles comfortably 11-8, 11-5 against Sourabh Varma of the Blasters.

With two wins and a crucial 3-0 points lead in the bag, the Smashers’ Chris and Gabrielle Adcock gave them an unassailable 4-0 advantage with a mixed doubles win at the NSCI courts. Kashyap started it all for the Smashers. The London Olympics quarter-finalist was always ahead and launched an onslaught of smashes to keep Verma under check.

The crowd was little more vocal for Varma in the first match as Blasters owner Sachin Tendulkar was in the house along with fellow former cricketers Zaheer Khan and Ajit Agarkar but in the second match, the Smashers’ Sindhu got all the support.

The Rio Olympics silver medallist gave a good account of herself by winning the women’s singles 12-10, 11-6 against Cheung. The Indian was trailing 0-5 in the first game but came back strongly. She saved a game point with solid smash and then forced a mistake from Cheung to go ahead for the first time and sealed it with her third point on the trot.

The second game was relatively easy for Sindhu as she surged to 8-4 after trailing 3-4. Cheung showed signs of a comeback by winning two points but Sindhu sealed the match with three straight points.

“It was a good game. I gave her a huge lead then I came back well. The 11-point system is a very tricky game, I think we are OK with it,” Sindhu said. The husband-wife Adcock combo saved four match points in the decider before winning the nerve-racking match 11-6, 8-11, 15-14 through lucky strike against the Blasters’ pair of Ashwini Ponnappa and Yeon Seong Yoo.

Denmark’s Viktor Axelsen, who lost on Monday, came roaring back with a 11-7, 13-11 win over Indonesian Tommy Sugiarto in the top men’s singles match but the damage was already done for the Blasters.