SAI, Hockey India draw up plans for next 16 months 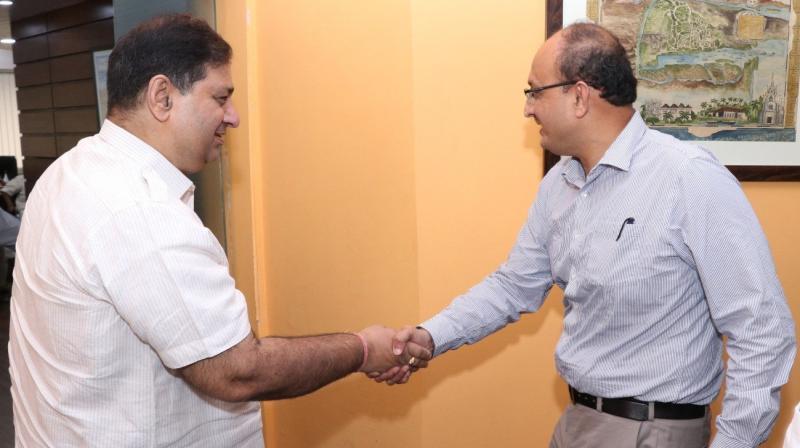 New Delhi: The Sports Authority of India on Saturday held a meeting with Hockey India officials and national team coaches via a video conference and drew a roadmap for the next 16 months leading up to the Tokyo Olympics.

Even as the country battles the unprecedented global health crisis, the SAI plans to hold meetings with presidents, secretary generals, high performance directors, head coaches and chief executives of all National Sports Federations (NSFs) to reassess their long-term plans, qualification scenarios and strategies to align with the Olympics.

Various modalities pertaining to the sport, including the teams' training, domestic competition structure and foreign exposure, were discussed.

According to a statement from the SAI, a number of viable solutions and alternatives to the earlier planned strategy were deliberated upon in view of the ongoing lockdown.

Also discussed were options such as training under quarantine (physical and psychological aspects) and possible restricted cross-border movement once the lockdown is lifted.

The DG also reviewed the various measures adopted to contain the spread of the novel coronavirus at SAI Centre in Bangalore where both the Indian men's and women's hockey teams core probables are accommodated.

The men's team chief coach Reid expressed confidence about their Olympic preparations. "We had a very productive meeting and discussed the planning process for the next 16 months. We informed SAI that the team and staff are being well cared for, while in strict quarantine," Reid said.

"We discussed various scenarios and await decisions as to when we can re-start full training. We also agreed to remain as flexible as possible with the aim of being ready to go as soon as international competition recommences."

National women's team chief coach Marijne agreed with Reid and said the meeting was a very productive one.

"We had a positive discussion about the state of affairs and we indicated our preferences once the situation improves and as soon as more is known about the possibilities in the future.

"We also mentioned about our preference about players staying in national camps during domestic tournaments in order to avoid injuries in the lead up to the Olympics next year," the Spanish coach said.

"I particularly liked the pro-activeness of SAI and Hockey India and I am very optimistic about our preparations for the Tokyo Olympics. I think it is good that we are thinking about the positives and way forward."