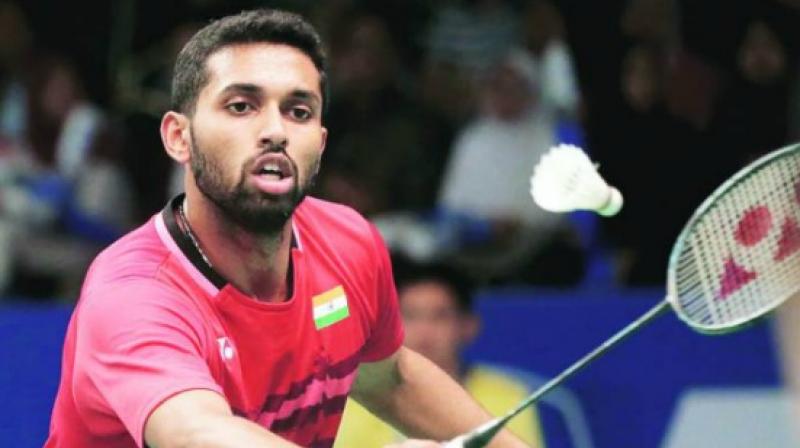 Auckland: India's campaign at the New Zealand Open ended on Friday with HS Prannoy and Sourabh Verma crashing out after losing their respective quarterfinal matches in the men's singles competition of the Grand Prix Gold event.

The first game between Prannoy and Hsien was a closely-fought affair till 8-8 before the shuttler from Taipei surged a little ahead to lead 11-10 at the interval.

However, after the break, Prannoy failed to earn a single point, even as Hsien bagged 10 successive points to seal the opening game 21-10.

In the second game, Prannoy broke away from 5-5 to lead 13-8 at one stage, but the Taipei shuttler kept breathing down his neck and made it 17-17.

He then surged ahead to 20-18 before the Indian caught him at 20-20. Prannoy then held on to his nerves to win the next two points and take the match to the decider.

The third and deciding game was a well-fought contest with fortunes swinging from one end to another before the two were tied at 20-20 and then 21-21.

But it was the Taipei shuttler who had the last laugh as he managed to earn two crucial points at the end to advance to the semifinals.

Verma, who had beaten compatriot Parupalli Kashyap yesterday, was lagging behind from the very beginning in the first game, trailing 1-6. He then fell behind 6-11 at the break.

After the interval also Lee continued to stretch his lead to 14-8 but Verma managed to reel off four points on the trot to reduce the margin to 12-14.

Both shuttlers then went neck-and-neck till 18-18 before Lee managed to pocket the game 21-19.

In the second game, Lee once again went ahead taking a 5-1 lead before extending it to 11-6.

By then Verma seemed to have run out of steam and the gap kept on getting wider. Eventually, the Hong Kong shuttler stole the game and the match away rather comfortably.