The legendary 7 km Formula 1 circuit – Spa Francorchamps hosted the Belgian round of the highly competitive feeder series to F1. 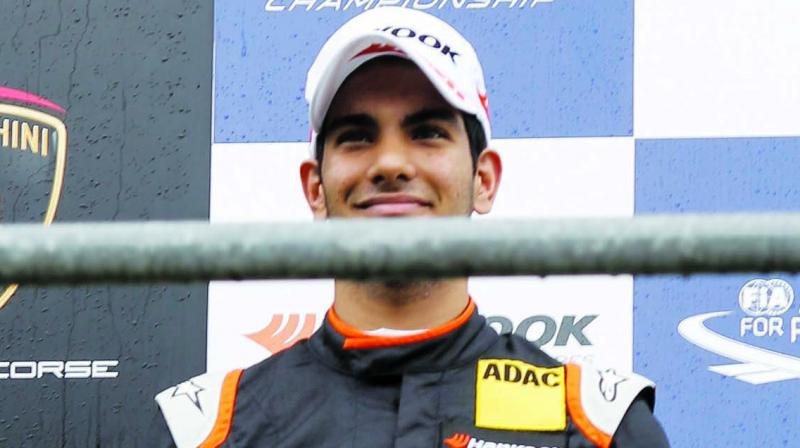 Spa-Francorchamps (Belgium): Sahara Force India Academy racer, Jehan Daruvala finished strongly in the top five in all three races of Round 6 of the FIA Formula 3 European Championship. The legendary 7 km Formula 1 circuit – Spa Francorchamps hosted the Belgian round of the highly competitive feeder series to F1.

Jehan showcased solid pace throughout the weekend at his favourite track. The Mumbai youngster, driving for Carlin Motorsport acclimatised well despite heavy rains in practice sessions. He ended up third in the second free practice session setting the tone for the weekend.

The rain ceased and weather radars showed dry forecast for the qualifying sessions. The teams scurried to set up the cars for dry weather and relied merely on experience as there had been no dry running until then.

Eventually, Jehan ended up qualifying sixth, sixth and seventh for the three races over the weekend.

In the first race, Jehan made solid progress from seventh on the grid. Jehan climbed up to fifth and then fended off a three-way battle with Ralf Aron and Joey Mawson to finish fourth.

For race two, Jehan managed to hold on to his position after starting sixth, and was promoted to fifth after Russian driver Nikita Mazepin was handed a penalty.

Starting sixth in race 3, the Indian driver made his way up to fourth place but eventually finished fifth.

Jehan’s efforts also saw him earn three podiums in the rookie classification. He was second in the first & third race, while emerging as the rookie winner in the second race. His strong points haul saw him cement his second position in the rookie standing & fifth in the overall standings, in his maiden season racing in F3.

The next round of the FIA Formula 3 European Championship is scheduled at the Zandvoort Circuit in Netherlands on August 19-20.