Midway through the tie, Mumbai have won two matches in the five-match contest and were ahead 2-0. 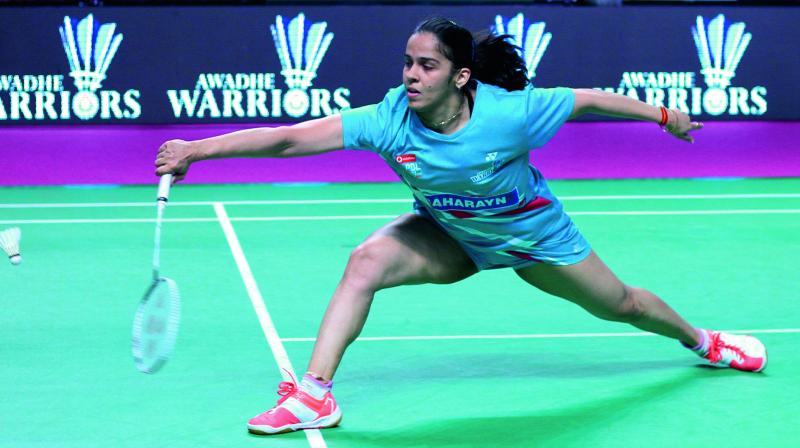 Awadhe Warriors’ Saina Nehwal en route to her 8-15, 15-10, 15-13 win over Beiwen Zhang of Mumbai Rockets in their PBL match in Lucknow on Thursday.

New Delhi: Sameer Verma picked up a comfortable 15-6, 15-14 win over Harshit Aggarwal to put Mumbai Rockets ahead of Awadhe Warriors in the Vodafone Premier Badminton League in Lucknow on Thursday.

Midway through the tie, Mumbai have won two matches in the five-match contest and were ahead 2-0.

In the first men’s singles match, Aggarwal replaced Parupalli Kashyap in the line-up but could not mount any serious challenge to Verma, meekly losing the opening game.

Aggarwal looked in better touch in the second game, taking it to the distance but Verma still won it, with an accurate smash.

In the day’s first match which was a trump game, the mixed doubles pair of Lee Yong Dae and Gabriela Stoeva pulled off a major coup by beating Christinna Pedersen and Tang Chun Man 15-10, 14-15, 15-7 to hand Mumbai an early lead.

In the opening game, the Mumbai duo were quick off the blocks and gave their team an early 8-2 lead. They dominated the proceeding from the word go and even though the Awadhe pair tried to show some resistance as they sealed the game swiftly.

The match also saw Awadhe getting penalised by a point as it was their trump match.