Chirag Shetty, Rankireddy hope to get a new foreign coach after Olympic postponement

Flandy Limpele, who has quit in the Olympic year, is the fourth foreign coach to leave before completing his term 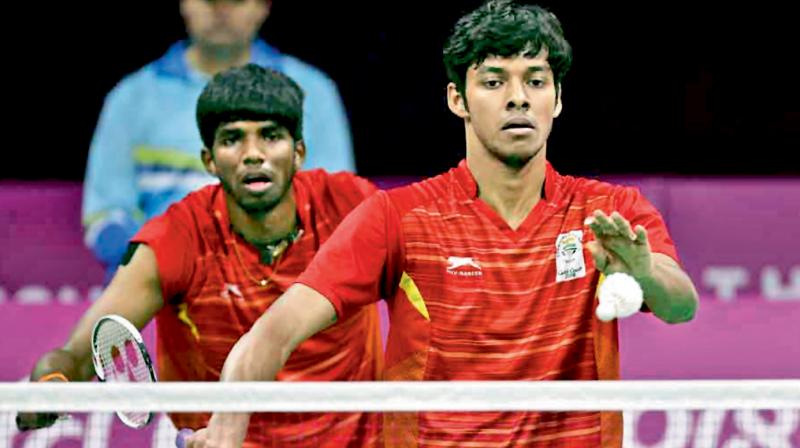 New Delhi: The crack men's doubles pair of Chirag Shetty and Satwiksairaj Rankireddy is now hoping to avail the services of a new foreign coach in their Olympic preparation after sudden exit of Indonesian Flandy Limpele.

Limpele was appointed till the Tokyo Olympics, which have now been deferred to next year due to global Covid19 pandemic.

But before the postponement, Limpele stepped down as India's doubles coach, citing family reasons, becoming the fourth such foreign coach to have resigned without completing the tenure.

Chirag said the Olympics postponement will now give them more time to deal with the departure of Limpele, who was specifically hired to prepare them for the Tokyo Games.

Satwik said the departure of Limpele in the Olympic year was a big jolt. "He is an experienced coach, and used to give us valuable inputs in every match and we trusted him a lot. Ever since he left we didn't know what to do, what program to follow. So postponement of the Games came as a blessing."

Badminton Association of India (BAI) general secretary Ajay Singhania said they will try to rope in a new foreign coach once things return to normal.

"We are keen to get a doubles coach to strengthen the coaching staff. However, we have to wait for the lockdown to get over first so that we can discuss the issue with SAI and Sports Ministry," he said, adding that he already discussed it with National Coach P Gopichand.

The Commonwealth Games silver medallists, Chirag and Satwik were the first Indian men's doubles pair to win a Super 500 in Thailand. They also reached the finals of Super 750 event at French Open last year which helped them to break into the top 10.

"Now we are almost there, it is a matter of 2-3 points. A really good coach like for instance Rexy Mainaky, who is the head coach of Thailand, would give us that extra 10 percent. That will help us get into world's top 3," said Chirag.