Mahesh Mangaonkar feels this time it will be tough to defend title as Hong Kong & Malaysia have a stronger teams but they will give their best shot. 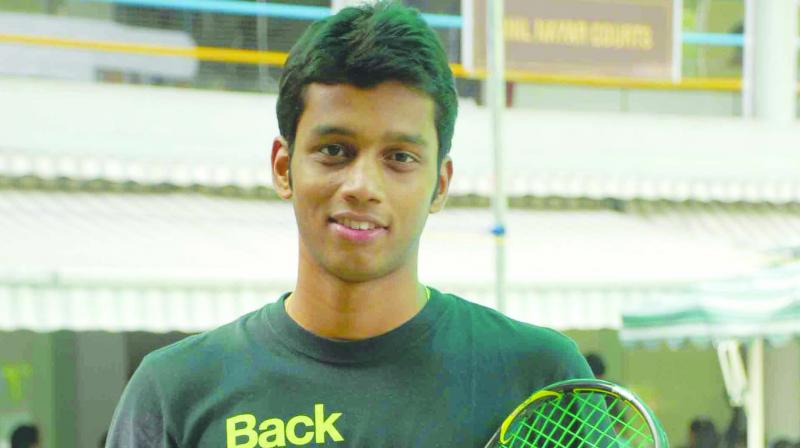 Mumbai: Mumbai squash player Mahesh Mangaonkar’s first appearance in the Asian Games was a memorable one. He was part of the four-member Indian team that won gold at Incheon, South Korea.

Saurav Ghosal, Harinder Pal Singh Sandhu and Kush Kumar were the other members of the men’s squash team at the 17th Asian Games in 2014.

This time Ramit Tandon has replaced Kumar in the four-member men’s team for the Jakarta Asian Games starting August 18.

The 24-year-old, India No. 3, Mangaonkar feels this time it will be tough to defend the title as Hong Kong and Malaysia have stronger teams but they have been waiting for this for four years and will give it their best shot. With squash not being a part of the Olympics, players get to represent country in mega team events at Commonwealth Games and Asian Games.

“This comes once in four years and we wait anxiously for it to get opportunity to play for India. We hope for gold but this time it would be tougher as Hong Kong and Malaysia have strong team and we are probably like No. 3. But we have been waiting for this long and will give our best,” he said.

Mangaonkar is based in Europe since the last three years and came here on Friday for the 43rd Maharashtra state men’s squash tournament that gets underway at Bombay Gymkhana from Monday.

Later, he will join his Asian Games bound teammates in Chennai for a training camp from August 10 to 18.

“My preparations have been good and I was training for this like I do normally for PSA tournaments. My form has been good as in my last tournament I upset 39th ranked Chris Simpson of England to reach Malaysian Open quarters. We will train in Chennai ahead of the Asian Games and hope for the best,” said Mangoankar, who is currently ranked 67th below Ghosal at 12th and Sandhu at 59th.

Higher-ranked Ghosal and Sandhu will play both the singles and team event while Mangaonkar and Tandon will be part of team event only.

Incidentally, Mangaonkar had achieved his best career ranking of 44th after the Asian Games in 2014. He now hopes that the quadrennial event spurs his bid to regain top 50 ranking.

“I dropped in rankings after achieving my best ranking and couldn’t move up much. I am still work in progress and have been playing some good squash but my best squash is yet to come. I hope we do well in the tournament and it will help me to stay in good frame for coming tournaments to regain top 50 ranking, stay there and try to go further,” he said.