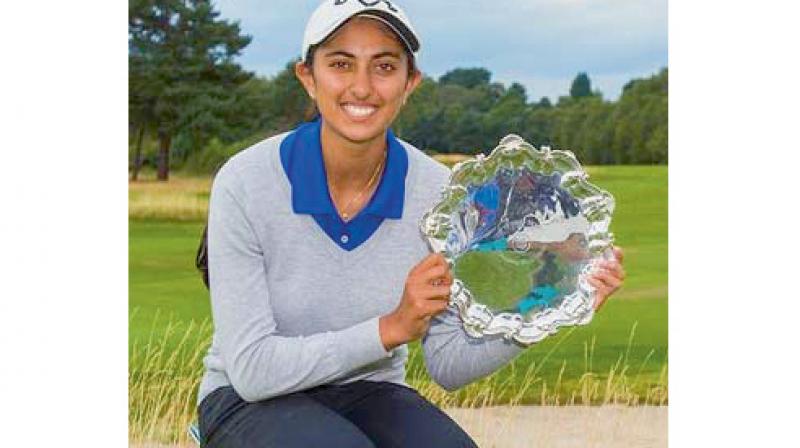 New Delhi: Aditi Ashok warmed up strongly for next weeks Hero women’s Indian Open, clinching the Fatima Bin Mubarak Ladies Open in Abu Dhabi after surviving some tense moments in the closing stages on Saturday with an 18-under par tournament total.

Aditi, who won the Hero Indian Open and Qatar Ladies Open last year, survived a late scare when she double bogeyed the par-3 17th. But she held her nerve to par the 18th and final hole to win by one shot over Georgia Hall (66).

The Bengaluru teenager, who started the day at 15-under, bogeyed the fourth hole, but six birdies between the fifth and 15th holes saw her open a big gap over her rivals.

Georgia Hall and Camilla Lennarth made a strong run. Aditi was 20-under when she came to the 17th tee, by which time Georgia playing one group ahead had finished and 17-under and Lennarth finished at 16-under. When Aditi double bogeyed the 17th, she was just one ahead of Hall and needed to par the final hole to ensure she won outright. A bogey would have sent the contest into a play-off.

Lahiri makes cut in Las Vegas
In Las Vegas, Anirban Lahiri made the cut at the Shriners Hospitals for Children Open after managing four birdies and a double bogey in the second round for a one-over par 72 and Tied-35th place.

J.J. Spaun opened a three-shot lead, adding a 65 to his first 66 and his now 11-under for two days. The 27-year-old is three shots clear of Kelly Kraft, who after 67 in first round is four-under through 15 holes.