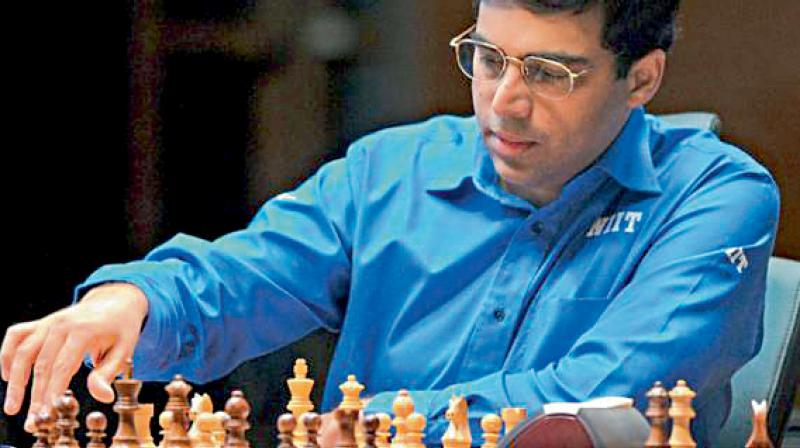 Chennai: Five-time world champion Viswanathan Anand will lead the Indian team in the 44th Chess Olympiad to be held in Moscow in August with the legendary Vladimir Kramnik set to train the men's squad.

World number two Koneru Humpy will be the spearhead among Indian women in the biennial event that is likely to see participation of around 180 countries, a press release from All India Chess Federation (AICF) said. The 44th Chess Olympiad will be held from August 5 to 18.

Apart from the 50-year old Anand, Grandmasters P Harikrishna and Vidit Gujrathi appear to be certainties in the men's team. However, it could be a close race for the remaining spots in the five-member men's team.

B Adhiban is expected to take one of the places on current form while the likes of K Sasikiran, S P Sethuraman, Surya Shekhar Ganguly and Aravindh Chithambaram would also be in contention for other spots in the team.

Humpy and Dronavalli Harika will form part of the women's team on the basis of their rankings, while Tania Sachdev, Bhakti Kulkarni and R Vaishali are front-runners for the remaining three slots on current form.