India later trounced Pakistan despite world no. 2 Srikanth was made to work hard by Murad Ali in men’s singles. 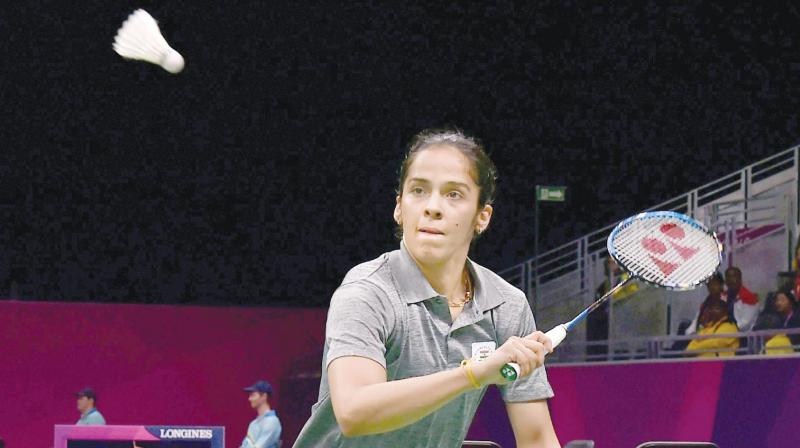 Saina Nehwal in action against Pakistan’s Mahoor Shahzad in their women’s singles match of the team event in Gold Coast. (Photo: PTI )

Gold Coast: Indian shuttlers got off to a flying start in the mixed team championship as they blanked Sri Lanka and Pakistan by 5-0 margins in preliminary clashes on the opening day of the Commonwealth Games here on Thursday.

Spearheaded by Saina Nehwal and K. Srikanth in singles, India dominated the Sri Lankans throughout, the mixed doubles being the only match in the tie where they were extended a shade.

India later trounced Pakistan despite world no. 2 Srikanth was made to work hard by Murad Ali in men’s singles.

In squash, Dipika Pallikal and Joshna Chinnappa, who will be defending their women’s doubles gold medal, made winning starts in their singles competitions.

The table tennis players got past their initial hurdles rather easily with the women’s team defeating Sri Lanka 3-0 and Wales 3-1. The men’s team blanked Trinidad and Tobago 3-0 before beating Northern Ireland by a similar margin.

Apart from Ghosal, the other major disappointment was the women’s hockey team, who were stunned 2-3 by Wales.