World no. 16 Japan pulled off the most stunning result with a 3-2 victory over reigning world champions Australia. 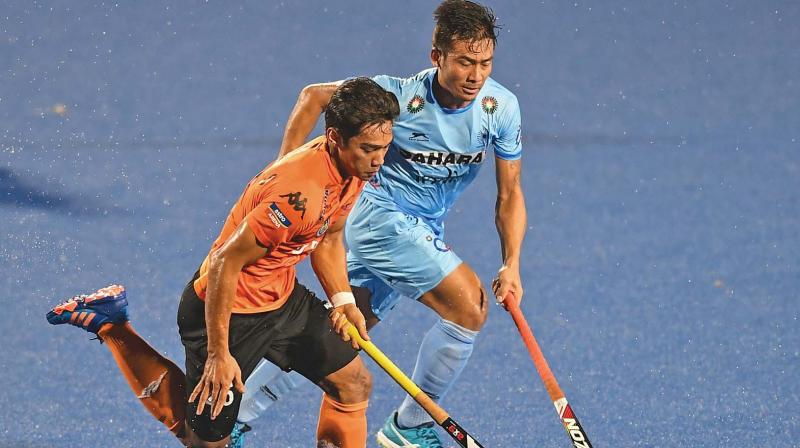 Needing to win by a two-goal margin to make the final after Great Britain had edged New Zealand 3-2 earlier in the day, India failed to produce a cohesive game and suffered their second loss of the tournament.

Finishing with seven points from five matches, India meet New Zealand on Saturday in the play-off for the bronze medal, while the title encounter will be between defending champions Australia and Great Britain.

An Indian victory by two goals would have pushed the British team to the bronze medal game, but Malaysia turned the tables on India who gave a disjointed exhibition of hockey.

On a day of upsets, world no. 16 Japan pulled off the most stunning result with a 3-2 victory over reigning world champions Australia, who still remained on course to defend their title by topping the standings on superior goal difference.

Australia have won the tournament nine times, while Great Britain are in the final after 23 years. Britain won the title in their lone entry into the final in 1994.

Despite knowing what was expected from them, India failed to make an impression on the Malaysian defence.

Malaysia made two early forays into the Indian circle, but were thwarted by the defenders. A penalty corner awarded to Malaysia in the ninth minute was reversed after a video referral by India.

Video referrals seemed to be the flavour of the game as they were taken several times in penalty corner action.

India showed more purpose in the second half, but their attack was not cohesive and the strikers turned out to be error-prone after reaching the top of the circle.